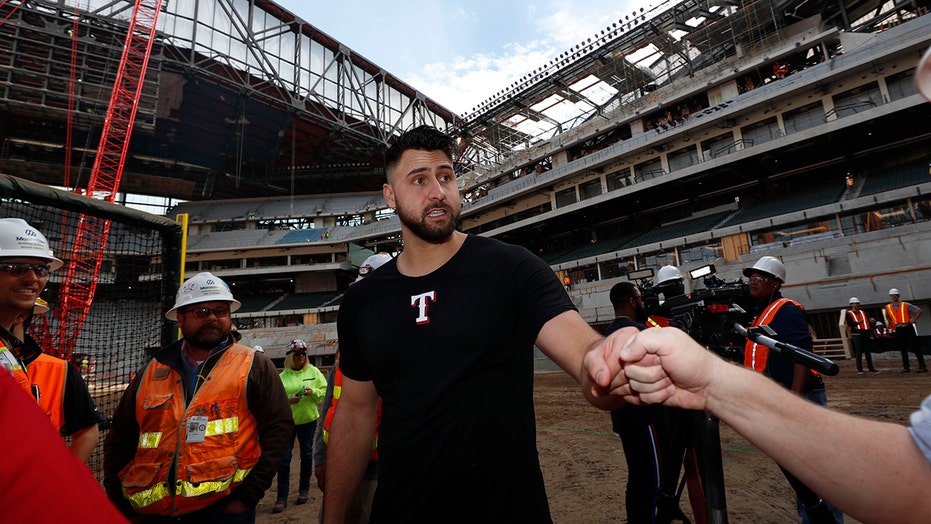 Baseball Hall of Famer Rogers Hornsby once said, “People ask me what I do in winter when there's no baseball. I'll tell you what I do. I stare out the window and wait for spring.”

Texas Rangers slugger Joey Gallo is not waiting like Hornsby but instead is taking batting practice in December even as the organization is still in the middle of constructing their new ballpark.

MANNY RAMIREZ 'FOUND GOD,' TAKES A SWING AT SEMINARY: 'YOU GOT TO HIT IT EVERY DAY'

Gallo posted videos on social media Wednesday taking batting practice and hitting dingers at Globe Life Park in Arlington, the new home of the Rangers set to officially debut in 2020.

The outfielder appeared to be itching to get back on the field after suffering a broken hamate bone ending his season in July. He only appeared in 70 games for the Rangers. He still managed to hit 22 home runs and record a .253 batting average and .986 OPS.

Gallo was coming off back-to-back seasons of 40 home runs.

He was also in attendance as Texas unveiled their new alternate uniforms for 2020. The Rangers added a powder blue jersey to the mix, which featured a powder blue cap with a white “T” and red outline on it.

According to SportsLogos.net, it’s the first time the Rangers will wear the powder blue regularly since 1982.