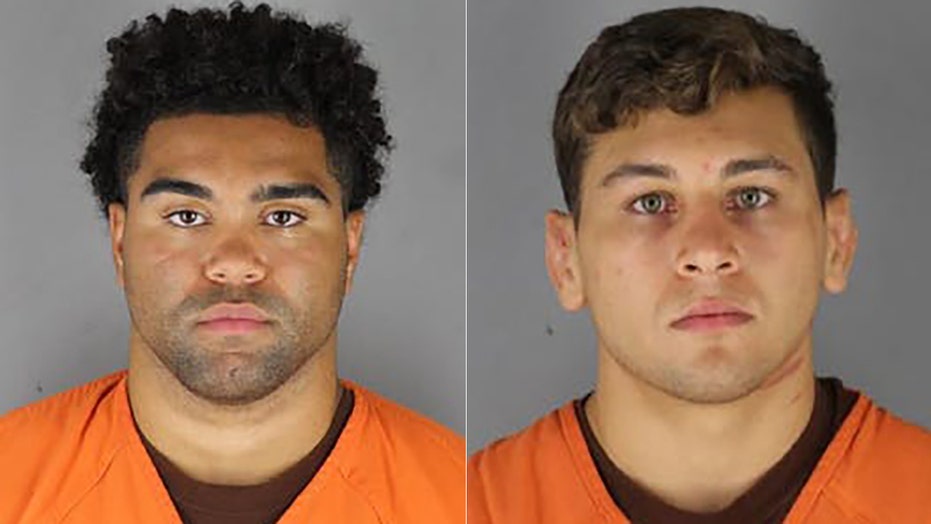 A college wrestling star and his teammate were detained Saturday on suspicion of criminal sexual conduct -- though details behind the arrest were scant.

University of Minnesota wrestlers Gable Steveson, who is nationally ranked, and Dylan Martinez were booked into the Hennepin County Jail in Minnesota, according to the Minneapolis Star Tribune. The university said both student-athletes were suspended as officials investigate.

Steveson, 19, and Martinez, 21, were arrested at different locations in Minneapolis following a 911 call, according to KSTP-TV. Both men were still in custody as of Monday and have yet to be charged. The Hennepin County Attorney’s office has until noon Tuesday to decide whether to charge them, according to the Star Tribune.

Police haven’t released any details about the arrest or the information that led to the arrest.

Steveson’s attorney, Christa Groshek, said the wrestler was “shocked” by the arrest and was cooperating with the investigation.

“He cooperated with law enforcement,” she told the Star Tribune. “He cooperated by giving a statement, and he did that because he didn’t think he had anything to hide. So the fact that he’s sitting in jail, that’s a shock to him.”

Steveson was a four-time state champion at Apple Valley High School and finished third in the 2019 NCAA Championships – his freshman season.

Martinez did not wrestle for Minnesota last season. He previously wrestled for Fresno City College in California and was the state’s two-time community college champion.