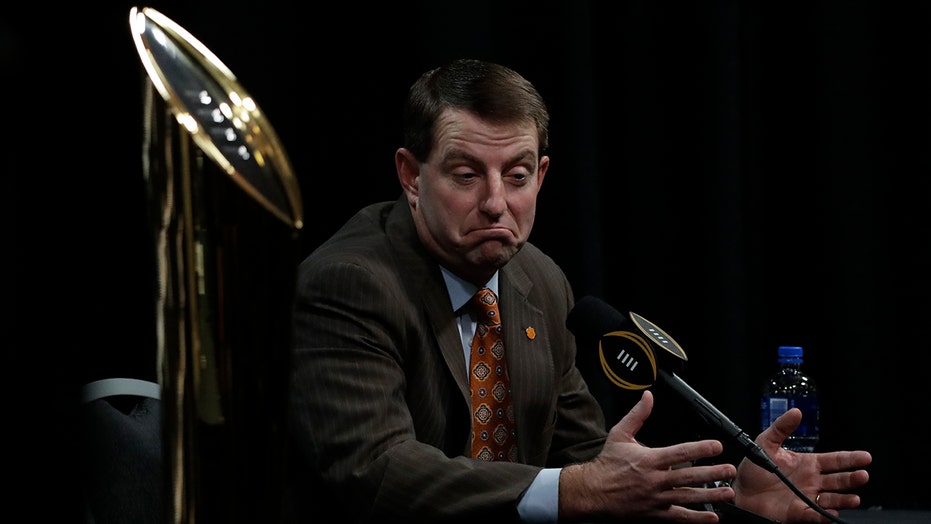 Clemson football coach Dabo Swinney was blasted over comments he made in a February radio interview weeks after the Tigers defeated the Alabama Crimson Tide in the national championship.

Swinney, who is from Pelham, Alabama, was asked whether there were walls around his home state preventing him from getting in because of his success at Clemson. Swinney served as an assistant coach with Alabama from 1993 to 2000 before joining the Tigers as a wide receivers coach in 2003.

Swinney apparently responded to the question in a joking matter.

“I think it was all fun and games early on. It was, ‘Aww isn’t that sweet’ and all that stuff. I don’t know about walls, but I am kinda like Usama bin Dabo,” Swinney said. “I have to navigate my way through the caves and back channels to make my way through Alabama these days. They aren’t as happy to see me. But it’s all good. It’s a good problem.

The interview on Sirius XM resurfaced Monday and was first brought to light by Tiger Net – a Clemson Tigers-centric website that covers football, basketball and baseball.

Swinney was criticized for the comments.

ESPN college football analyst Paul Finebaum tweeted: “This is an unacceptable comparison by Dabo and distasteful to the memories of the many lives lost and impacted by 9/11.”

Swinney nor Clemson officials have commented on the interview.