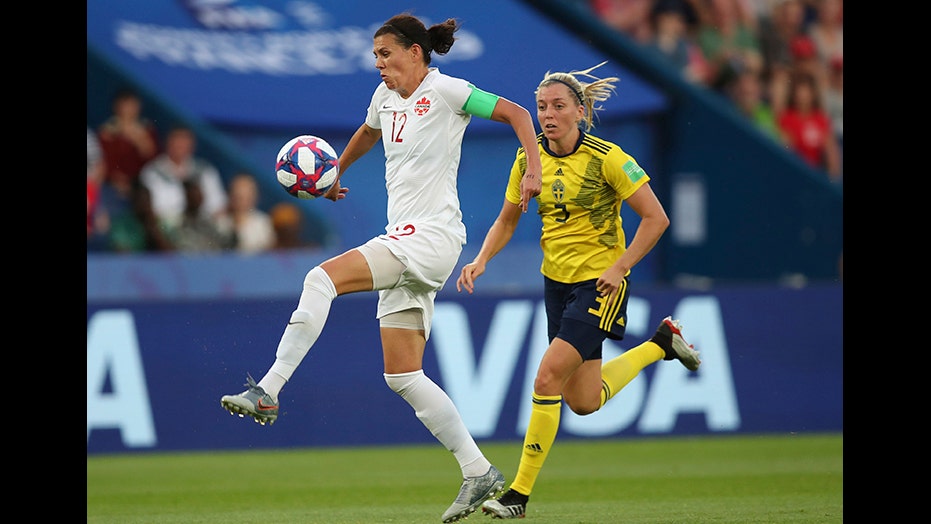 Christine Sinclair, who put the ball in the net twice during Canada’s 11-0 win over Saint Kitts and Nevis on Wednesday, currently has 185 career goals – one more than previous record holder and American soccer great Abby Wambach.

"When I first started with the national team, I could never have imagined standing here with the number of goals I've scored," Sinclair said following the game, according to ESPN. It was the opening contest for both countries as they try to qualify for the women’s soccer tournament at the upcoming 2020 Summer Olympics in Japan.

“Christine: History is made. Your victory is our victory. We celebrate with you,” Wambach wrote in a congratulatory tweet.

Wednesday’s game in Houston was Sinclair’s 290th appearance for the Canadian national team.

Canada's Christine Sinclair, left, is chased down by Sweden's Linda Sembrant during a Women's World Cup round of 16 soccer match in Paris, France, in June 2019. (AP)

The 36-year-old midfielder, who plays at the club level for the National Women's Soccer League’s Portland Thorns, has scored against 41 countries internationally. Her first goal for Canada was against Portugual in 2000, when she was only 16 years old, ESPN reports.

"We have watched her grow from teenage star on the local grounds to international superstar who is adored around the world," Canada Soccer president Steven Reed was quoted by the network as saying.

"You continue to carry yourself and the game to new heights. Thank you," she tweeted.