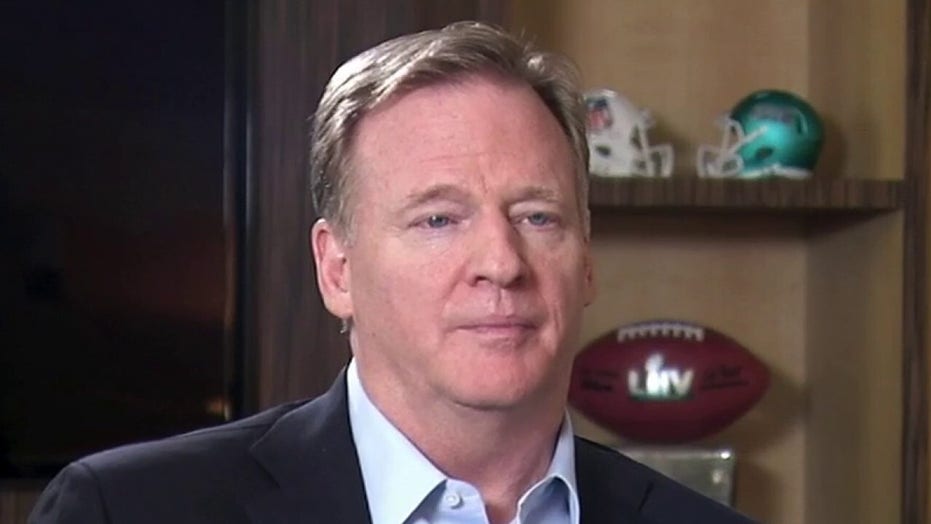 MIAMI GARDENS, Fla. – The Kansas City Chiefs and San Francisco 49ers are gearing up for Super Bowl LIV – and so are the fans.

Supporters from both teams driving down the Florida Turnpike stopped near the 65,000-seat Hard Rock Stadium in Miami Gardens, Fla., to take photos of the Super Bowl signage.

“Kansas City has moved to Miami for the week," he told "Fox & Friends" co-hosts on the morning show ahead of the big game. "We're surrounded by Chiefs fans who are absolutely fired up to be in this game.”

Fans gathered outside the Hard Rock Stadium in Miami Gardens to take photos ahead of kickoff. (Ryan Gaydos / Fox News)

While fans clamored around the stadium, the 49ers and Chiefs were nearing warm-up time before the championship. The Chiefs are looking for their first Super Bowl title in 50 years, while the 49ers have been ring-less since 1995.

Kansas City and San Francisco both have injuries they’ve been dealing with for some weeks, and the weather threatened to put a damper on the teams’ last chances to fine-tune their stratagems before suiting up.

SUPER BOWL LIV: EVERYTHING YOU NEED TO KNOW ABOUT THE GAME

Although Fox News Senior Meteorologist Janice Dean said the gameday forecast is "looking spectacular" for kickoff at 6:30 p.m. ET.,  torrential rain Friday night into Saturday had forced the Chiefs to relocate their final practice to the Baptist Health Training Facility at Nova Southeastern University, according to the team’s pool report.

“They're loose, to a point. They know the job at hand against a real good football team. But at the same time, we try to let our personalities show,” Reid said. “That's been an emphasis, and I don't expect them to stop doing that now.”

Reid cleared the players’ schedules after the practice in order for them to spend some time with their families and try to enjoy a little bit of the city before Super Bowl LIV.

“I hope they get off their feet a little bit and enjoy their families, and then really focus in, get yourself going in the right direction,” Reid said.

JOE THIESMANN: 49ERS WILL HAVE TO LOOK TO THIS QUARTERBACK'S PLAY TO PREPARE FOR PATRICK MAHOMES

The 49ers held a 50-minute walk-through at the University of Miami’s practice facility before going to Hard Rock Stadium to look at the venue, according to the team’s pool report.

“We’re as ready as we can be,” coach Kyle Shanahan said. “We just need the game to get here. It’s been two weeks of (practice), and we are itching to go.”

Shanahan said the linebacker Kwon Alexander, running back Tevin Coleman and safety Jaquiski Tartt will be a “full go” for the game. No San Francisco players will carry an injury designation.