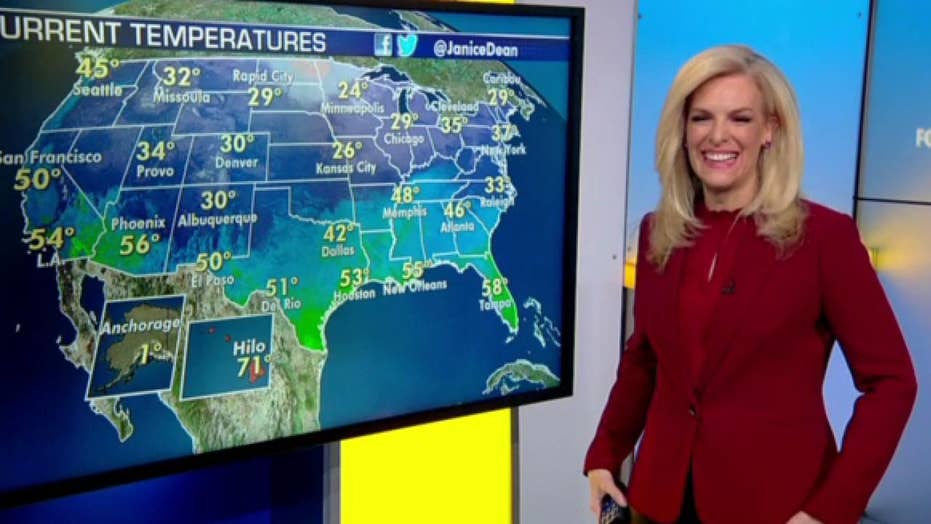 The biggest winner when Super Bowl LIV returns to Miami for the first time in several years on Sunday night just be the forecast.

The National Weather Service forecast office in Miami says that the forecast for Sunday shows sunny conditions with highs in the low 70's. For those fans heading to South Florida for a long weekend, the best chance of rain will be on Saturday, according to Fox News Senior Meteorologist Janice Dean.

"We could see the potential for heavy downpours across South Florida," Dean said on "Fox & Friends." "But then Super Bowl day, looking spectacular."

Those arriving in the region on Friday will see partly sunny skies with a high near 78 degrees.

While there is a chance of rain on Saturday, it won't be a washout. The NWS is forecasting a 30 percent chance of showers and thunderstorms throughout the day, with mostly cloudy conditions and a high near 78.

"There's gonna be rain in the forecast around Florida this time of year," Dean said.

When the Kansas City Chiefs face off against the San Francisco 49ers at Hard Rock Stadium in Miami Gardens, Fla., both teams will at least be facing perfect weather conditions.

Kickoff at 6:30 p.m. ET, conditions are forecast to be 73 degrees with mostly sunny skies and a wind out of the east-southeast at five to 10 mph.

When the big game was hosted in Miami, in 2007, a torrential downpour and windstorm took place during the game and the halftime show as Prince performed. Producer Don Mischer told Rolling Stone he called up Prince hours before the big show to warn him about the weather.