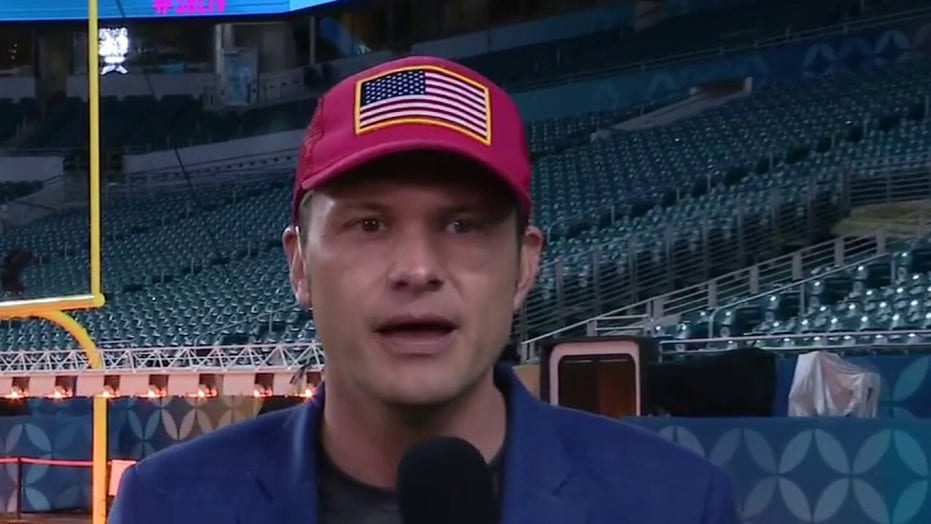 ‘Fox and Friends’ is live in Miami for game day.

Hegseth told his fellow co-hosts, who were hosting the show from several miles to the southeast in Miami Beach, that the stadium crew was already preparing the venue for the big game.

"The Super Bowl is tonight and "Fox & Friends" is the only show on the field right now, we are first -- and best, obviously," he said.

Hegseth said he was able to get a ticket to the marquee matchup between the Kansas City Chiefs and San Francisco 49ers but had to give it up in order to make it to Iowa to cover the state's first-in-the-nation presidential caucuses.

Host Steve Doocy joked that he and his fellow hosts would have loved to make it to the game, but will be watching from their hotel on the local FOX broadcast affiliate -- "the best seat in the house," he quipped. NFL on FOX commentators Joe Buck and Troy Aikman will be calling the game Sunday evening. 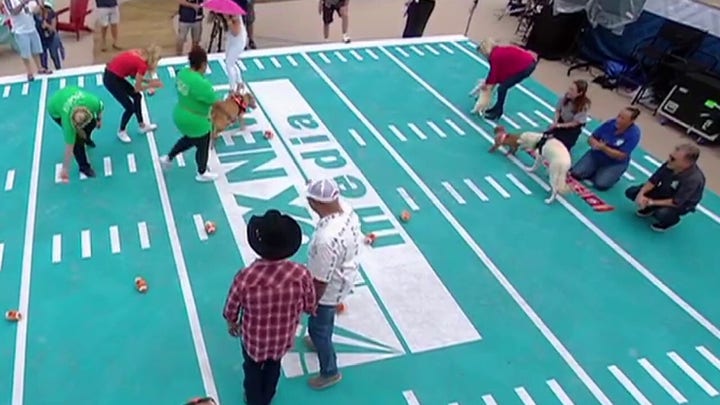 Panning around the field, Hegseth remarked that the two quarterbacks -- Jimmy Garoppolo and Patrick Mahomes -- will have a lot of real estate to work with.

"Mahomes has got a lot of room," he said, adding it is hard to quantify how big a professional-sized football field is when watching on TV.

He added that, while both teams have a large contingent of fans in Miami for the weekend, the Chiefs' faithful appear to greatly outnumber those from the Bay Area.

"Kansas City has moved to Miami for the week," he said.

The host said that the sportsbooks' spread on the game is marginal one way or another by a point or two, but that it is likely to be "a wash."

"It's going to be a fantastic game," Hegseth said.

The last time the Chiefs made the Super Bowl was in 1970. Kansas City defeated the Minnesota Vikings in Super Bowl IV, 23-7. Kansas City hadn't gotten past the AFC Championship game since then. The 49ers were last in the Super Bowl in 2013. Colin Kaepernick led the team there, only to lose to the Baltimore Ravens, 34-31. The game was unique in that brothers John and Jim Harbaugh faced off as coaches of the Ravens and 49ers, respectively.

Super Bowl LIV kickoff is at 6:30 p.m. ET, with pregame coverage on FOX.