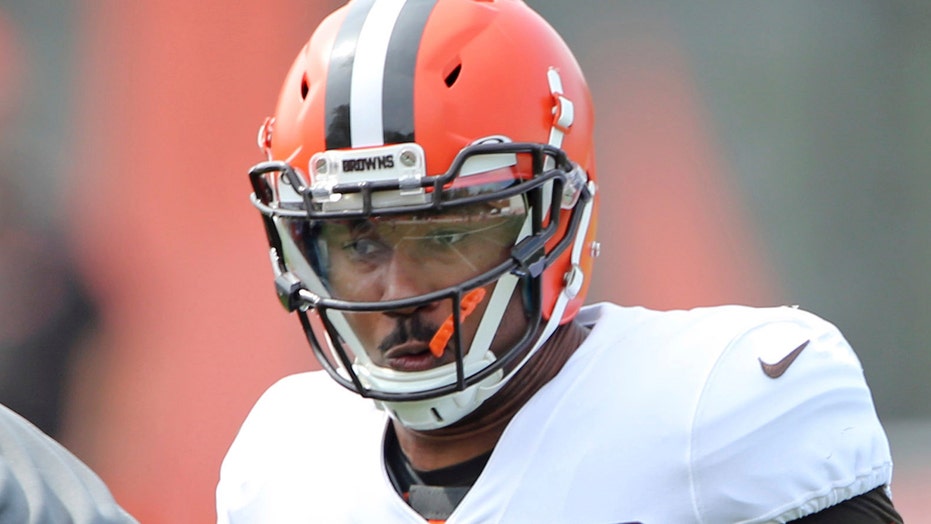 During one of their matchups, Garrett took off Rudolph’s helmet and swung it at the quarterback. Garrett was later suspended for the rest of the season. He later claimed that Rudolph used a racial slur in the scuffle which provoked him. Rudolph denied it.

Garrett explained to the Cleveland Plain-Dealer that he contemplated leaving the game.

“I did. Whether it was because of their decision or my decision, it was whether this was going to continue,” Garrett said.

The defensive star said he wondered what he would do outside of football. He said he believed he would have been OK but loved the game too much to turn his back on it.

“I love football. I love competing, I love my teammates, and I definitely want to win, but at the end of the day, I’m still a guy. I’m still a young man who has a lot of life to live and my life is much more than football. I just would’ve moved onto something else I enjoy and found another way to save my competitive nature, whether it would’ve been trying out for a basketball team or going to play baseball like [Michael] Jordan,” he said.

CLEVELAND BROWNS: WHAT TO KNOW ABOUT THE TEAM'S 2020 SEASON

“I would’ve found something else I love to do, whether I was a writing coach or whatever. I would’ve left with my head held high and I wouldn’t have looked back.”

Garrett, who was reinstated before the start of the 2020 season and is expected to be on the field during the team’s first game against the Baltimore Ravens, said he hopes to get a chance to talk to Rudolph.

“If it were to happen, I’d be fine with it,” he told the Plain-Dealer. “Not just fine, but I wouldn’t mind it and I’d be happy to make it happen, if there were a way. I’m not sure how I’d go about that, how I’d broach that. I’m not even sure if he’d want to do that but I wouldn’t have a problem sitting down with him and just not talking about the incident, just talking man-to-man, how we move forward, and just being better men and football players and not letting something like that happen again.

“Whether we can do that, I’m not sure, but I’d be willing to extend the olive branch and make that happen.”

Garrett said he doesn’t hold a grudge against Rudolph. He said he thinks he can shake hands with Rudolph despite the incident and the allegations of a racial slur being used.

Before he was suspended, Garrett was shaping up to have a stellar season. He had recorded 10 sacks and 29 tackles in 10 games before the incident.

He is the anchor on defense and is certain to have another great year.