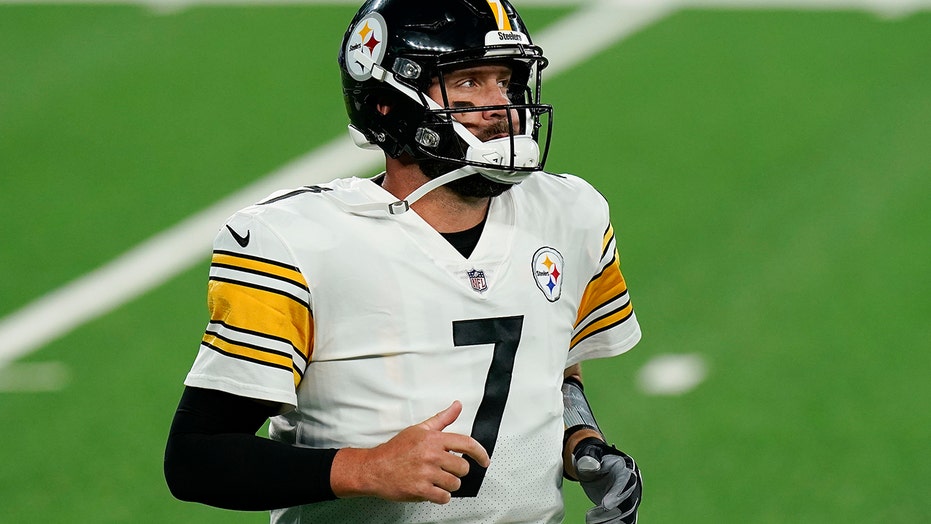 The NFL kicks off a new season on FOX

It was almost a year exactly since Ben Roethlisberger last appeared in a game for the Pittsburgh Steelers.

But on Monday night, it was almost like he never left.

Roethlisberger led the Steelers to a 26-16 win over the New York Giants, spoiling coach Joe Judge’s debut. He was 21-for-32 with three touchdown passes in the game.

When asked how he felt taking the first snap of his returned, Roethlisberger replied, “Awesome.”

“I’m blessed. I can’t thank enough people. I don’t have enough time. Obviously starting with my Lord and Savior Jesus Christ. My wife, my family, my friends, the doctors, my teammates. It just feels so good to be out there with them. And I’m just so thankful and bless with this opportunity,” he said after the game.

PATRICK MAHOMES: THIS WAS MORE 'NERVE-RACKING' THAN FOURTH QUARTER OF THE SUPER BOWL

The Steelers were down 10-3 when he threw a 10-yard touchdown pass to JuJu Smith-Schuster. He then found James Washington for a 16-yard touchdown with 7 seconds left in the first half.

He would put the icing on the cake for the Steelers in the fourth quarter when he found Smith-Schuster again for the 8-yard score.

Benny Snell led all runners with 113 yards on 19 carries after James Conner left the game with an injury.

For the Giants, the team couldn’t get going.

Daniel Jones had two touchdown passes – both to Darius Slayton. But he also had two interceptions, one of which ended a 19-play drive near the Steelers’ end zone.

Saquon Barkley was held to six yards rushing on 15 carries. It was the fewest amount of yards he’s rushed for since Week 10 against the New York Jets last season.