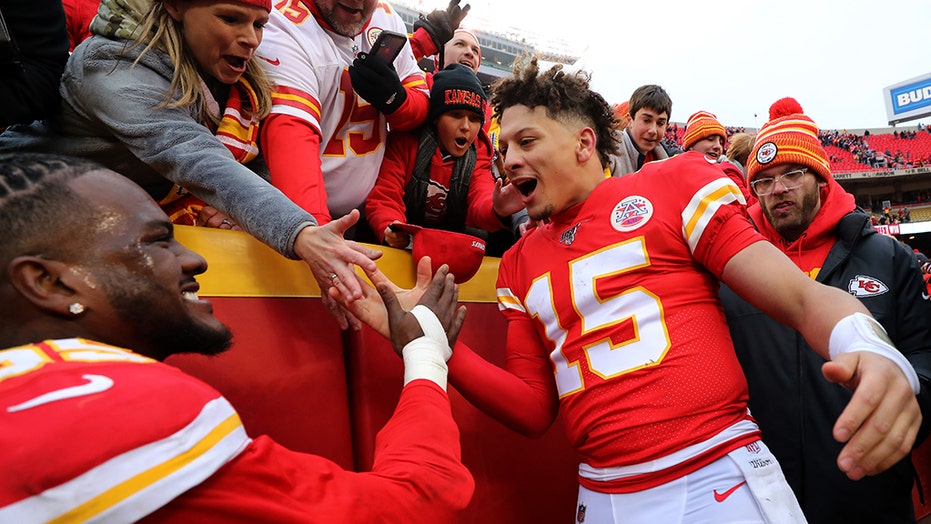 Patrick Mahomes put in a valiant effort in the fourth quarter of Super Bowl LIV to win his first title with the Kansas City Chiefs but he admitted Monday there was something that made him even more nervous.

Mahomes told KCSP 610 Sports Radio that proposing to his longtime girlfriend Brittany Matthews was more nerve-racking than the fourth quarter of the Super Bowl.

“Probably proposing. I would say. You don’t think it’s going to be nerve-racking when you’ve been with someone for so long, but before you get on that knee, man, your heart’s racing. I promise you that,” he said.

Mahomes, 24, proposed to Matthews shortly after receiving his Super Bowl ring prior to the start of the season.

"This happened today," Matthews wrote in a separate Instagram Story that showed an impressive floral arrangement inside a room in the stadium. The proposal featured giant letters lit up by individual lights, spelling out: "WILL YOU MARRY ME?"

Matthews also shared Mahomes' Instagram Story, which showed her wearing a massive diamond engagement ring that was roughly the size of one of her knuckles.

PACKERS' AARON RODGERS: NO FANS WAS 'ONE OF THE STRANGEST EXPERIENCES I'VE HAD IN THE NFL'

The pair have dated since they were teenagers, meeting each other while attending high school in Whitehouse, Texas, when Matthews was a junior and Mahomes was a sophomore, according to the Kansas City Star.

Mahomes said two of his teammates have been keeping him in the loop on what to expect.

“I would say either Anthony Sherman or Gehrig Dieter,” Mahome said when asked who was giving him the best advice. “Both those guys have done it the right way. They kinda kept me in tune on the right steps and the right way to do.”

Mahomes and the Chief started off the season 1-0 with a victory Thursday over the Houston Texans.