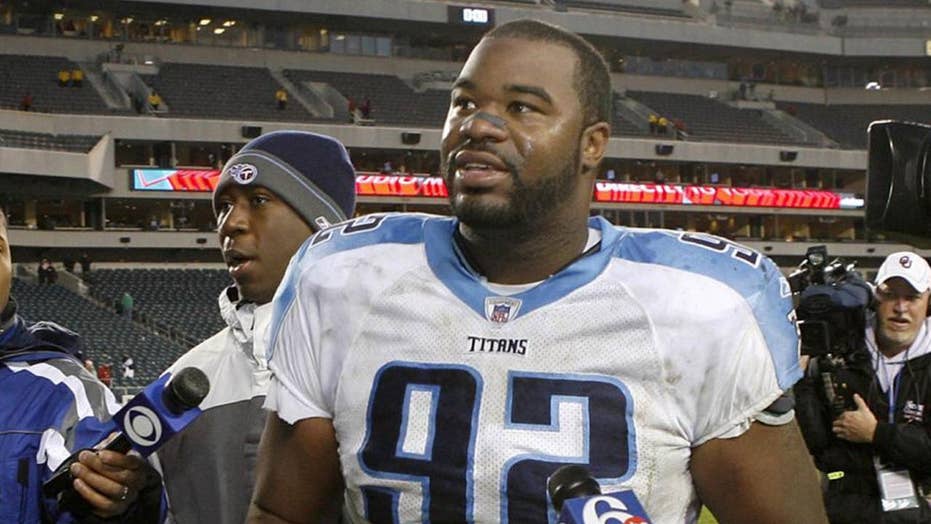 After former Tennessee Titans player Albert Haynesworth suggested in a social media post that Iran should target the White House if they plan on attacking the United States, some commenters took issue with the post, even suggesting it might be considered 'treason.' Attorney Richard Roth weighs in on whether or not there may be harsh consequences for Haynesworth as a result of this post.

Haynesworth posted an image to Instagram featuring a red circle around the White House with an arrow pointing to it. Outside the circle reads "Not affiliated."

"@Iran if you are going to attack the United States well here is a picture for you! #justtryingtohelp us folks that aren’t starting wars," he wrote in the accompanying caption.

US PREPARES FOR SOLEIMANI RETALIATION AS IRAN VOWS REVENGE

A number of commenters took issue with the post.

"Hope you don't ever have to go to one of these places because if you did unlike those of us who have fought for your precious freedom you would piss yourself in fear just jumping out of the plane!" said one respondent.

Another commenter called the photo "treason" and wrote that Haynesworth should be "locked up for it."

The social media photo comes amid growing tensions between the U.S. and Iran over the killing of Gen. Qassem Soleimani, the head of the country's Islamic Revolutionary Guard Corps' elite Quds Force. Soleimani was killed early Friday during American airstrikes at the Baghdad International Airport.

Critics have accused President Trump of ordering the strikes to detract from Democratic-led impeachment efforts and opening the door to a possible military conflict with Iran. Democrats have said he failed to consult with Congress in advance of the drone attack.

Iran has vowed to retaliate against the U.S. for Soleimani's death. In response, Trump tweeted over the weekend that Islamic Republic "WILL BE HIT VERY FAST AND VERY HARD" should Iran target Americans or American assets.

Qassem's game-changing death came after protesters stormed the U.S. embassy in Iraq and the death of an American contractor on an Iraqi military base last month. The State Department said Soleimani was the head of Iranian and Iran-backed forces carrying out operations that killed 608 U.S. troops during the Iraq War.