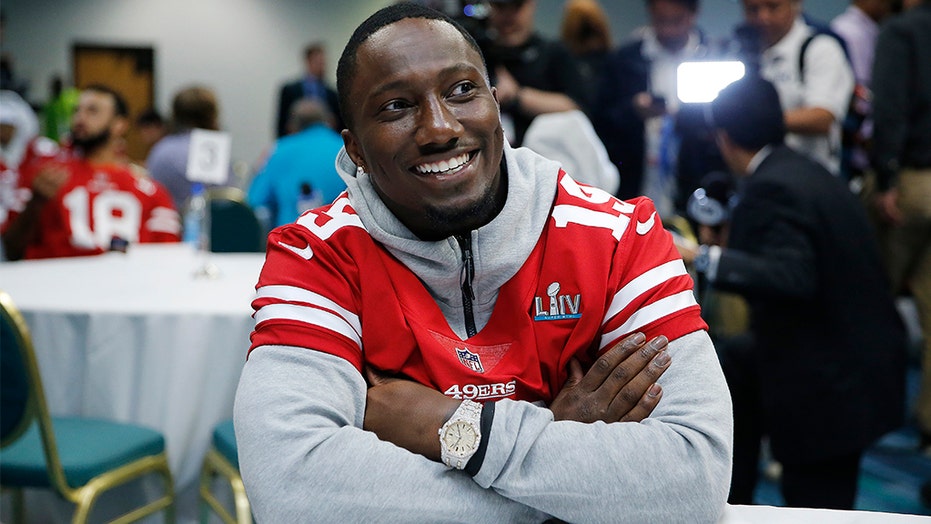 San Francisco 49ers promising wide receiver Deebo Samuel suffered a broken foot on Tuesday during a throwing session with teammates in Nashville, Tenn., according to the NFL Network.

The NFL Network also reported that he had surgery on Thursday, but he should be able to be on the field within 12-16 weeks, which is enough time to make an impact for the 49ers.

The report stated that he suffered a Jones fracture, which would put a timeline to return to the field “early in the season.” As of right now, it is not a season-ending injury.

Samuel, a second-round pick in the 2019 NFL Draft, had 57 catches for 802 receiving yards with six total touchdowns in 15 regular-season games. He also had 10 receptions for 127 yards in his three playoff games for the 49ers.

Samuel took his thoughts to Twitter when the injury was announced.

“10 weeks I’m back better than the deebo you seen before,” Samuel wrote.

With Samuel expected to miss some time, the 49ers will obviously turn to All-Pro tight end George Kittle for more production, as well as rookie wide receiver Brandon Aiyuk, who was the No. 25 overall pick in the 2020 NFL Draft.