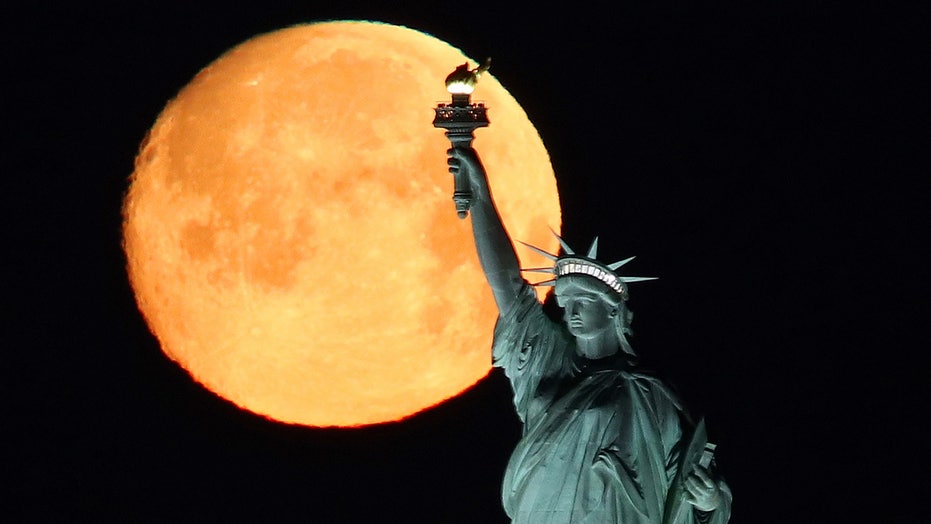 The moon's water ice and other natural resources can be mined and used by the United States, according to a new executive order signed by President Trump.

The president on Monday signed the executive order, which has been in the works for about a year, titled Encouraging International Support for the Recovery and Use of Space Resources. The directive stresses that the 1967 Outer Space Treaty allows for the use of space resources on the moon, Mars and elsewhere.

"Outer space is a legally and physically unique domain of human activity, and the United States does not view space as a global commons," the order states.

The view that the moon's resources are there for the taking has been common among government officials for years. In 2015, Congress passed a law specifically allowing American companies and citizens to use moon and asteroid resources. In addition, the U.S. has not signed on to the 1979 Moon Treaty, which says that non-scientific use of space resources musts be governed by international regulations.

An almost full moon at 97.6 percent sets behind the Statue of Liberty on March 8, 2020 in New York City. (Photo by Gary Hershorn/Getty Images)

The order also affirms Congress’ intent that Americans should be allowed to engage in commercial exploration, recovery, and use of resources in outer space.

"American industry and the industries of like-minded countries will benefit from the establishment of stable international practices by which private citizens, companies and the economy will benefit from expanding the economic sphere of human activity beyond the Earth," the order states.

Scientists have long believed that future missions to the moon and beyond would yield major discoveries of resources that could be harnessed for energy or other purposes. NASA's Artemis program aims to land Americans on the moon by 2024.