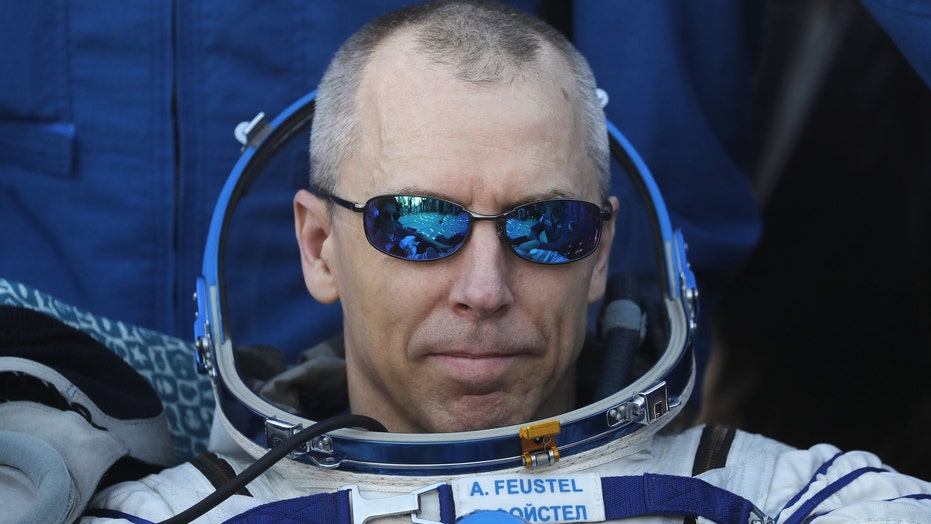 From mining clean energy to harnessing polar ice for rocket fuel propellant, America’s return to the moon could unlock a vast trove of space resources, according to NASA astronaut Drew Feustel.

“I think it’s going to be to build efficiencies in our space economy – there are mining resources, rocket fuel potential, there is solar energy that’s not impeded by the atmosphere,” Feustel told Fox News. “We don’t know what resources are there because we haven’t explored it yet.”

Feustel highlighted, in particular, the moon’s polar ice caps, which have been garnering a great deal of attention in the build-up to the Artemis missions. “We do believe that there’s massive amounts of frozen water up there,” he said, adding that this could be used in the production of rocket fuel. “It’s a pretty efficient place to have a water storage solution to make propellants for rocket fuel.”

NASA astronaut Andrew Feustel rests in a chair shortly after landing in a remote area outside the town of Dzhezkazgan (Zhezkazgan), Kazakhstan, on Oct. 4, 2018. (MAXIM SHIPENKOV/AFP/Getty Images)

Other possibilities include mining the lunar surface for Helium-3, according to Feustel. Helium-3 is a non-radioactive isotope that could be used for power.

The Artemis program will also make history by landing the first woman on the moon. “At this point, any of the 45 active astronauts are fair game for missions to the moon,” Feustel said. “We’re all interested in this mission.”

Feustel, who has a Ph.D. in geological sciences, told Fox News that he would love to see the lunar surface up close.

The Soyuz MS-08 spacecraft carrying the crew of astronauts Drew Feustel and Ricky Arnold of the U.S and crewmate Oleg Artemyev of Russia blasts off to the International Space Station (ISS) from the launchpad at the Baikonur Cosmodrome, Kazakhstan, March 21, 2018. (REUTERS/Shamil Zhumatov)

A veteran of three spaceflights, he also acknowledges that the 2024 deadline is looming. “It is close and it’s a formidable challenge for us,” he said. “The key is going to be the allocation of funds – I think we can do it with the right funding in place.”

“Nothing will happen if we can’t get the federal government to provide the allocation and for everyone to get on board -- that's what we're working on," he added.

Feustel recently announced the winners in science and technology programming at the National Academy of Television Arts and Sciences News and Documentary Emmys at Lincoln Center in New York. The nominations were announced by astronauts on the International Space Station.  “It brought some visibility to the work that NASA is doing,” Feustel told Fox News.

NASA recently revealed details of its vision for the Artemis Moon Lander that will return U.S. astronauts to the lunar surface.

In a notice posted to the Federal Business Opportunities website, NASA seeks “proposals from industry for the development of integrated human lunar landers and execution of crewed flight demonstrations to the lunar surface by 2024.”

Speaking at Kennedy Space Center on the 50th anniversary of the Apollo 11 Moon landing on July 20, Vice President Mike Pence also announced that the Orion capsule that will take American astronauts back to the moon is ready.

Artist's impression of the Artemis Lander on the lunar surface. (NASA)

In documents posted on the FBO website, NASA explains that astronauts will be flown in an Orion spacecraft to the ‘Gateway,’ a space station orbiting the moon. The Gateway vessel will be used to support the transfer of crew and supplies into the Moon Lander.

Initial mission capability for 2024 involves landing two astronauts on the moon’s South Pole. Astronauts will live and work out of the lander for 6.5 days, according to NASA.

TO PREPARE ASTRONAUTS FOR THE MOON, NASA IS USING A GIANT WATER TANK

Longer term, the lander will need to transport four people to the lunar South Pole.

NASA anticipates that a three-stage landing system will be used to take astronauts to and from the lunar surface. "The three-stage concept includes a transfer element for the journey from the lunar Gateway to low-lunar orbit, a descent element to carry the crew to the surface, and an ascent element to return them to the Gateway,” it explained, in a statement. “From there, they would board Orion for the 250,000-mile trip back to Earth.”