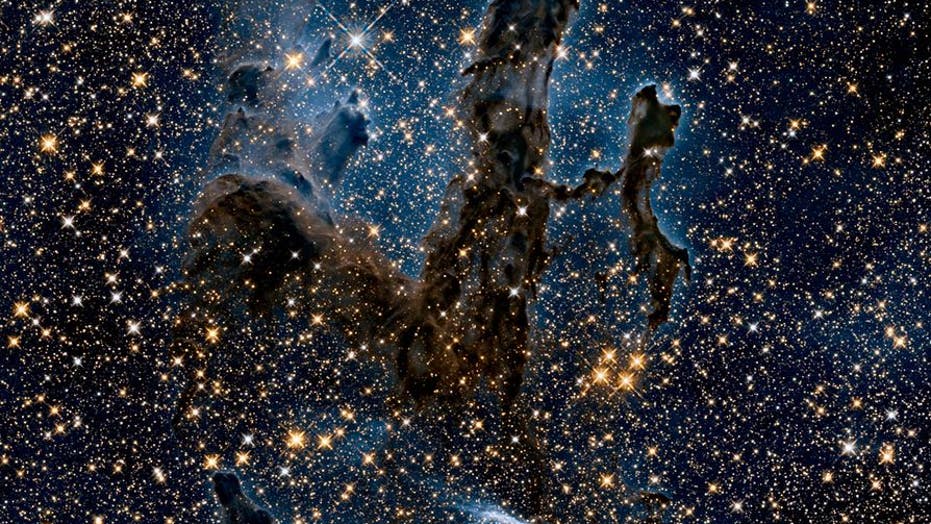 NASA released a stunning image of the Eagle Nebula's Pillars of Creation this week.

The newly revisited picture, taken by the Hubble Space Telescope, shows the pillars in infrared light.

That type of light pierces through obscuring dust and gas and to provide viewers with a more unfamiliar view of the pillars.

The Eagle Nebula is part of a region of active star formation that's about 5,700 light-years away.

The Eagle Nebula is seen above. (NASA, ESA/Hubble and the Hubble Heritage Team)

The better-known image is of the pillars in visible light.

"In this ethereal view the entire frame is peppered with bright stars and baby stars are revealed being formed within the pillars themselves," the space agency writes in a post with the image.

The outlines of the pillars appear to be very delicate, as they are silhouetted against an eerie blue haze in deep space.