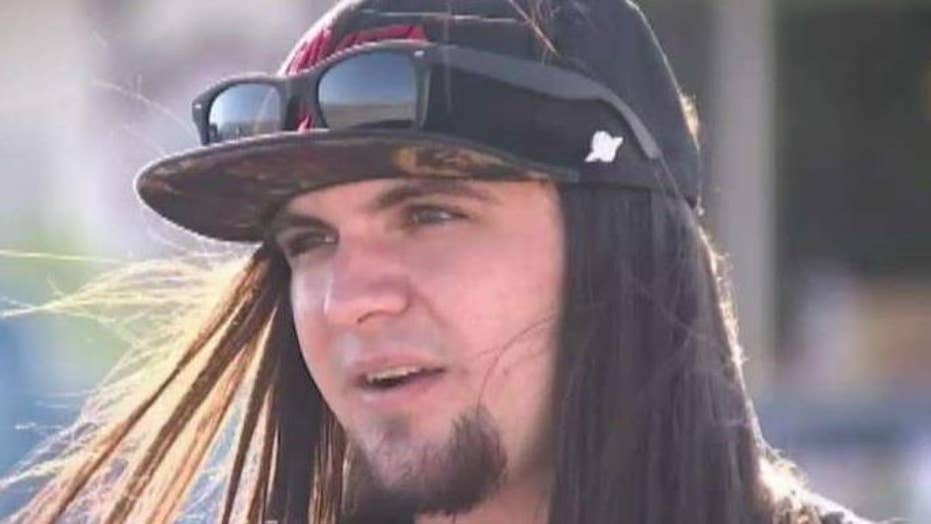 The creator of the viral 'Storm Area 51' festival has reportedly backed out of the event over concerns with logistics and permits.

The California man behind the viral "Storm Area 51" event on Facebook that may draw alien-obsessed crowds to a rural Nevada county next week has pulled out of a festival spawned from the popular event because of safety concerns.

Matty Roberts officially severed ties Monday with "Alienstock," which had been scheduled at the Little A'Le'Inn in Rachel, Nev. on Sept. 20-22. The event received final approval from the Lincoln County Board of Commissioners last week to let perhaps 10,000 camp out on the property in Rachel, the town closest to the top-secret Area 51 military base.

"Due to the lack of infrastructure, poor planning, risk management and blatant disregard for the safety of the expected 10,000+ AlienStock attendees, we decided to pull the plug on the festival," Roberts said in a statement to FOX5.

Area 51 is popularly known as the site of rumored government studies of outer space aliens. The "Storm Area 51" Facebook event went viral in July as people pledged to crash the secret military base in an attempt to "see them aliens" and has grown in scale in recent weeks. More than 2 million Facebook users have now said they are going, with over 1.4 million replying they were interested.

The Internet joke that went viral has spurred two rural Nevada counties to draft an emergency declaration, with local law enforcement planning to team resources with the state and neighboring counties ahead of Sept. 20-22 events.

Roberts visited the town of Rachel over the weekend and told FOX5 at the time that the Facebook event he created never was expected to snowball into something this big. At the time, he said he was still looking to be involved in the Alienstock event.

"I've never been more stressed in my life, but I've also never been this happy," he told FOX5 on Sunday. "It's insane, but it's exciting."

Over 3 million people RSVP to 'Storm Area 51' on Facebook

Nye County Commissioner Leo Blundo says if even 3,000 people show up to 'Storm Area 51,' it will put an enormous strain on the small town in Nevada.

But less than a day after speaking to FOX5, a statement from his representative said he was pulling the plug on the entire festival.

"The permit holder (Connie West) was given multiple opportunities to provide us with the proof that things expected at this festival were in place. In fact, she refused to provide to us, as agreed upon, contracts, proof of deposits or any paper proof of anything," Roberts said in a statement to FOX5.

The statement from Robert's representative says the decision officially disconnects them from the inn owner, the town of Rachel, and "AlienStocks affiliation with them," in addition to no longer offering their logo, social media, website, or "Matty Roberts likeness or scheduled appearance."

In this July 22, 2019 file photo, signs warn about trespassing at an entrance to the Nevada Test and Training Range near Area 51 outside of Rachel, Nev. (AP Photo/John Locher, File)

"We are not interested in, nor will we tolerate any involvement in a FYREFEST 2.0," the statement continued. "We foresee a possible humanitarian disaster in the works, and we can’t participate in any capacity at this point."

The town of Rachel posted on its website Monday that the "Alienstock event in Rachel just became Fyre Fest 2.0 as we had predicted."

"The creator of the Storm Area 51 movement pulled out because he feels the event is not safe and lacks organization. With a week and a half to go no preparations have been made and no bands have been signed," the town's website states. "If any event still happens it is going to be a pretty sad affair with no bands, very little infrastructure and a lot of unhappy campers."

'Storm Area 51' event is coming and the closest hotel the Little A'Le'Inn is already fully booked.

Instead, town officials are telling those looking to party to instead go to Area 51-related events in Las Vegas.

Fox News reached out to West, who is the owner of the Little A'Le'Inn, for comment. The inn owner told FOX5 she received a phone call around 3 a.m. on Monday that Roberts would no longer be working with her for the event. West said that Roberts expressed concern about Rachel's safety, a lack of infrastructure and her ability to pay the bills.

"I'm sad and I'm brokenhearted, but at the same time, it is what it is," West told FOX5 on Monday. "If he chooses to go somewhere else, that's his choice. I'm still having a party because people are still coming to Rachel."

In this July 22, 2019 file photo, alien-themed graffiti adorns a rock along the Extraterrestrial Highway, near Rachel, Nev. (AP Photo/John Locher)

The inn owner said that organizers have already supplied a down payment for security, medical services, water, entertainment and clean-up services. She said that 20 bands and two comedians are scheduled, and her plans for the festival more than 100 miles north of Las Vegas are still on.

As for Roberts, he said he is now taking Alienstock to downtown Las Vegas the same weekend where it will be in a "safe, clean secure area."

Officials in two rural Nevada counties have signed a state of emergency declaration ahead of the 'Storm Area 51' event; William La Jeunesse reports.

"AlienStock is a brand that stands for unity and concern for like-minded people. It’s grown into much more than a location," he told FOX5. "It’s a phenomenon that can only promise absolute safety and peace, and we need to move the Festival to guarantee that. Stay tuned for more news... it’s BIG!"

Alienstock's website has now been updated to focus on the "Area 51 Celebration Party," a free event -- for those 21 and older-- which will be held at the Downtown Las Vegas Events Center on Sept. 19. with a "classified" lineup of music.

"Instead of storming a government base, the Downtown Las Vegas Events Center is partnering with Collective Zoo and Bud Light to host an out-of-this-world evening with top-secret entertainment," the event website states. "Come in peace. We have everything you need to make this celebration one to remember."