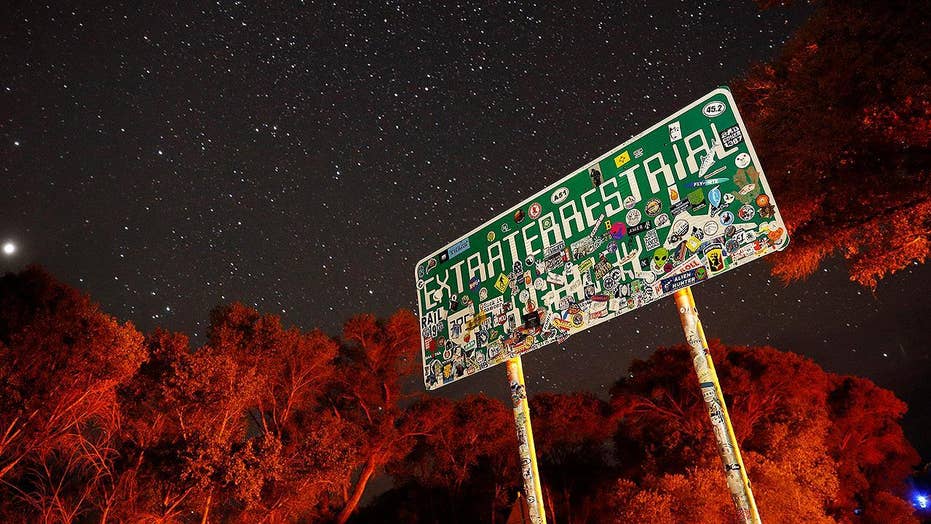 Officials in two rural Nevada counties have signed a state of emergency declaration ahead of the 'Storm Area 51' event; William La Jeunesse reports.

Before the masses descend on the Nevada desert next month as part of the "Storm Area 51" event, local officials are pulling out all stops to ensure they will be able to handle whatever crowds may come.

The Lincoln County Board of Commissioners on Monday drafted an emergency declaration for the rural county as part of the ongoing planning process with state officials for the possible alien-obsessed crowds that the "Storm Area 51" event may bring into the area.

WHAT'S AREA 51, AND WHY IS IT SO POPULAR RIGHT NOW? 4 THINGS TO KNOW ABOUT THE TOP-SECRET SITE

Lincoln County Emergency Manager Eric Holt told the Review-Journal the pre-signing of the emergency declaration is due to the threat of local resources being at risk by the event, both emergency response and financial, due to personnel potentially working overtime.

The Little A'Le'Inn in Rachel is scheduling an event called Alienstock on Sept. 20-22, while The Alien Research Center souvenir shop in Hiko has planned a Sept. 20-21 expo.

Little A’Le’Inn owner Connie West told FOX5 on Monday she's in the process of transforming 30 acres of land into where "Alienstock" will take place while figuring out how to bring in enough food, water, porta-potties, and fuel for those who come. 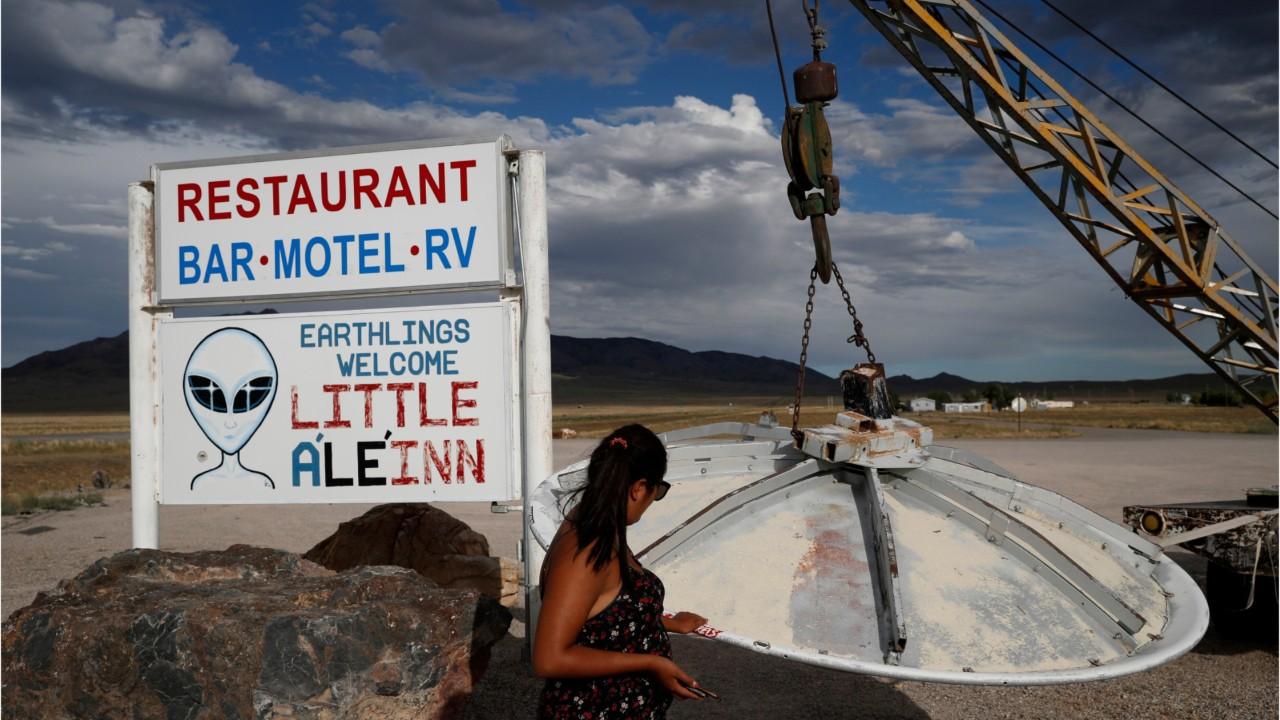 'Storm Area 51' event is coming and the closest hotel, the Little A'Le'Inn, is already fully booked.

"I don’t think anybody could ever prepare for anything like this but we're doing our absolute best and hopefully it turns out to be a phenomenal event," West said Monday.

The Little A'Le'Inn is located in the town of Rachel, which has a population of only 54 and no gas station. The town's website says the nearest gas stations are located 50 miles south in Ash Springs and 110 miles north in Tonopah.

"Other than the Little A'Le'Inn, a small bar/restaurant/motel, there are no services in Rachel. There is no gas and no store," a post from the town reads. "The Inn is booked for that weekend. If you plan on attending the event you must be experienced in camping, hiking and surviving in a harsh desert environment and have a vehicle in good shape."

The United States Air Force facility commonly known as Area 51 is a remote detachment of Edwards Air Force Base, within the Nevada Test and Training Range.

Officials also said they expect cell phone service and internet in the town to "be offline," meaning that credit card processing will not work and those looking to venture out should bring enough cash.

"This event will undoubtedly attract crooks trying to capitalize on the chaos. Be on your guard and always lock your vehicle," the town states. "And stay away from the residential part of Rachel. Most residents do not like where this event is going and will respond accordingly."

Cory Lytle, the Lincoln County planning department director, told FOX5 the approvals were the "lesser of two evils" and could be revoked if the permit-holding organizers don't have insurance and traffic plans figured out by Sept. 3. 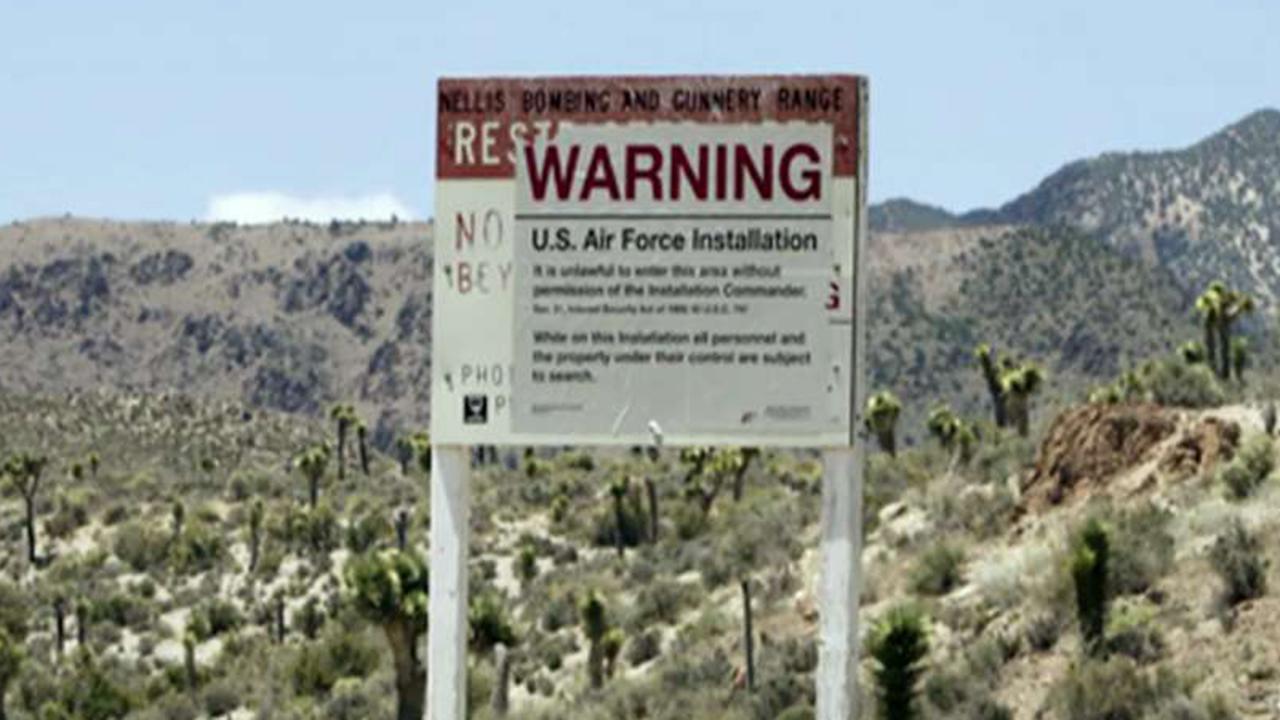 Area 51 is popularly known as the site of rumored government studies of outer space aliens. The "Storm Area 51" Facebook event went viral last month as people pledged to crash the secret military base in an attempt to "see them aliens" and has grown in scale in recent weeks. More than 2 million Facebook users have now said they are going, with over 1.4 million replying they were interested.

The event, which is scheduled to take place Friday, Sept. 20 between 3 AM and 6 AM PDT, has garnered significant media attention, enough for the Air Force to issue a statement saying that it "would discourage anyone from trying to come into the area where we train American armed forces." It added that it [the U.S. Air Force] "always stands ready to protect America and its assets."

Lincoln County Sheriff Kerry Lee told KLAS-TV on Monday his department is reaching out to "all our partners," including federal, state, and local agencies to find out what resources they'd be able to send. Lee's department only has 28 uniformed officers to cover 11,000 square miles.

"Again we don't know what to plan for," he said Monday. "We're only planning for the worst, and hoping for the best."

Fox News' Chris Ciaccia and The Associated Press contributed to this report.