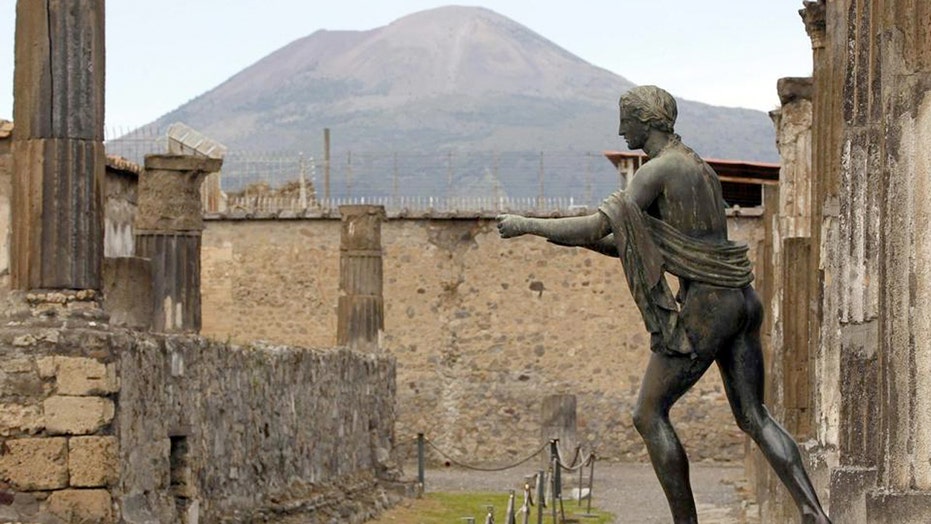 At least 10 unexploded bombs dropped by the Allies during World War II are believed to be near the ruins of Pompeii, archaeologists warn, according to a local report.

The bombs were dropped in August 1943 by Allied forces and at least 10 remain unexploded in the region, according to a translated version of a story in the Italian newspaper Il Fatto Quotidiano.

“Ninety-six bombs were located and deactivated,” the story in Il Fatto Quotidiano states. “The other bombs ended up in an area of the site that has not yet been excavated. Many of them were defused or had already exploded. But at least 10 of those explosives are still there.”

During August 1943, 165 bombs were dropped on Pompeii. Researchers have checked 44 acres of the site so far and uncovered 96 bombs so far, but a further 22 acres remain, Il Fatto Quotidiano added.

The unexploded bombs were first found in 1986, when archaeologist Antonio De Simone told the news outlet he first came upon them during various excavations.

“We were there with our chisels and shovels, slowly lifting a handful of earth at a time, and suddenly we found the bombs, under our feet," De Simone said. "There were two of them. One had already exploded and was reduced to fragments. The other, unfortunately, had not. It was perfectly intact.”

Despite concern that the unexploded bombs could be dangerous, the Archaeological Museum of Pompeii told the newspaper “there is no risk for visitors," adding that the reclamation project is being carried out by the military.

Since being discovered in the 16th century, the Pompeii ruins have given researchers great insight into what life was like before Mount Vesuvius erupted and wiped out the entire city in 79 A.D. Recently, there has been some dispute about whether the volcano erupted in August or October of that year.

In April, an ancient eatery known as a thermopolium (akin to a modern-day snack bar), where patrons could get drinks and hot food, was discovered among the city's ruins. Researchers have also found a fresco depicting a sensual scene involving the Roman god Jupiter and Leda and the remains of a petrified horse recently.

When Mount Vesuvius erupted, the explosion caused such extreme heat that victims' skulls exploded, their blood boiled and their muscles, flesh and brains were replaced with ash, according to a study published last year.