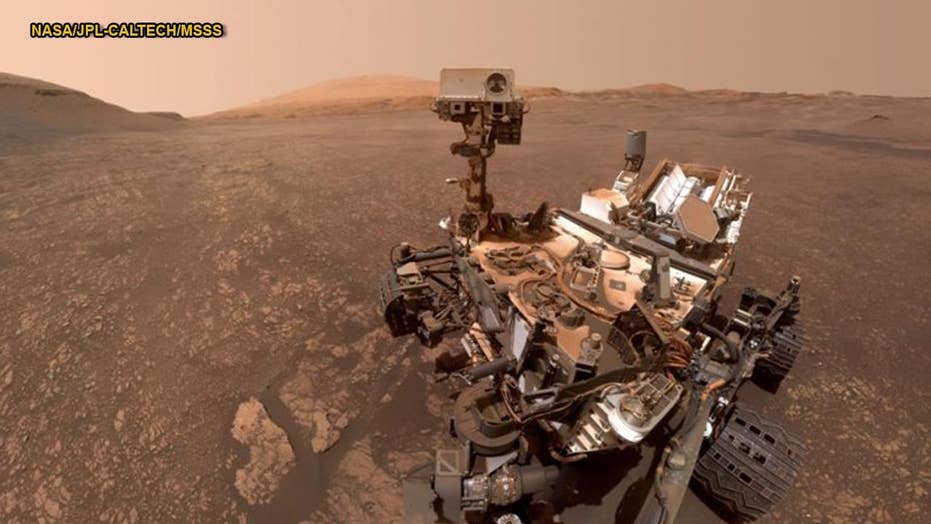 NASA's Curiosity rover has made several discoveries since landing on Mars in August 2012. Now, it's discovered remnants of what may be an ancient lake on the Red Planet.

According to a new blog post from NASA's Jet Propulsion Laboratory, the space agency revealed that Curiosity found two rock samples, known as "Aberlady" and "Kilmarie," which contain "the highest amounts of clay minerals ever found during the mission."

"Clay often forms in water, which is essential for life; Curiosity is exploring Mount Sharp to see if it had the conditions to support life billions of years ago," JPL wrote in the post. The discovery was made on the side of lower Mount Sharp, a mountain on Mars that forms the central peak inside the Gale crater.

NASA's Curiosity Mars Rover Finds a Clay Cache NASA's Curiosity Mars rover took this selfie on May 12, 2019 (the 2,405th Martian day, or sol, of the mission). To the lower-left of the rover are its two recent drill holes, at targets called "Aberlady" and "Kilmarie." (Credit: NASA/JPL-Caltech/MSSS)

Although clay is often formed in water, it can't be assumed that Mars was wet and therefore, capable of supporting life, NASA noted.

"Other than proof that there was a significant amount of water once in Gale Crater, what these new findings mean for the region is still up for debate," the space agency added in the post. "It's likely that the rocks in the area formed as layers of mud in ancient lakes - something Curiosity also found lower on Mount Sharp. Water interacted with sediment over time, leaving an abundance of clay in the rocks there."

The clay rocks are just the latest find Curiosity has made on the Martian surface. In November, the rover was drilling at the Highfield site and found four samples, including one known as "Little Colonsay" because of its startling looks, that NASA initially believed may be a meteorite, because of how shiny it is.

The Curiosity rover landed on Mars in August 2012 and has more than 12 miles on its odometer. In November Curiosity was joined on the Red Planet by NASA’s Insight Mars Lander.

Fox News’ James Rogers and The Associated Press contributed to this article.