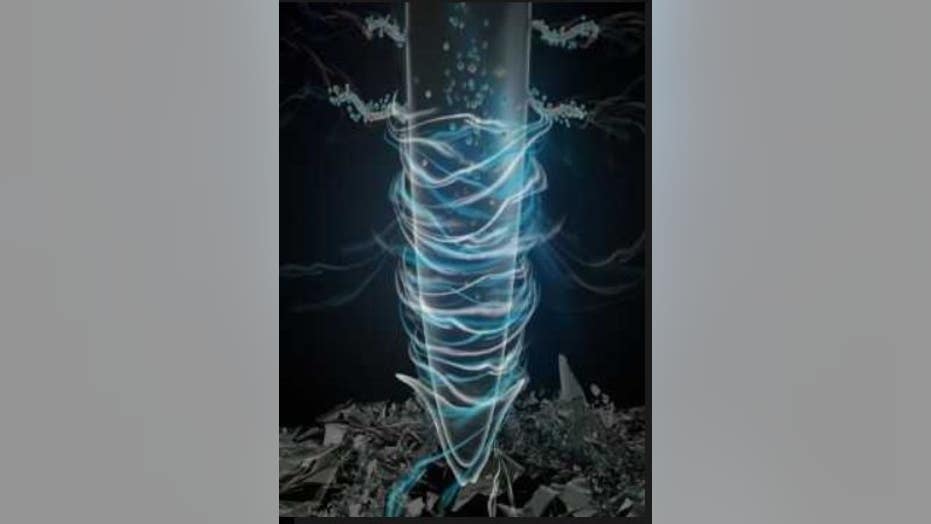 Environmentalists have warned for some time that micro and nanoplastics threaten marine life in the world's oceans. But now scientists are concerned about the negative impacts of nanoplastics in terrestrial environments.

Baoshan Xing, an environmental scientist at University of Massachusetts Amherst's Stockbridge School of Agriculture, along with collaborators at Shandong University, China, point out that until now, there had been no direct evidence that nanoplastics are internalized by terrestrial plants.

"Our findings provide direct evidence that nanoplastics can accumulate in plants, depending on their surface charge. Plant accumulation of nanoplastics can have both direct ecological effects and implications for agricultural sustainability and food safety," the researchers state in the study, published Monday in the journal Nature Nanotechnology.

MORE THAN 1,600 GOOGLE EMPLOYEES CALL ON COMPANY TO END ALL POLICE CONTRACTS, KICK COPS OFF OF GMAIL

According to Xing, the widespread use and persistence in the environment of these materials result in an "enormous" amount of plastic waste.

"Our experiments have given us evidence of nanoplastics uptake and accumulation in plants in the laboratory at the tissue and molecular level using microscopic, molecular and genetic approaches. We have demonstrated this from root to shoot," he said in a statement.

For the study, scientists grew Arabidopsis plants in soil mixed with differently charged, fluorescently labeled nanoplastics to assess plant weights, height, chlorophyll content and root growth. After seven weeks, they observed that plant biomass and height were lower in plants exposed to nanoplastics than in controls.

"Nanoplastics reduced the total biomass of model plants," Xing explained. "They were smaller and the roots were much shorter. If you reduce the biomass, it's not good for the plant, yield is down and the nutritional value of crops may be compromised."