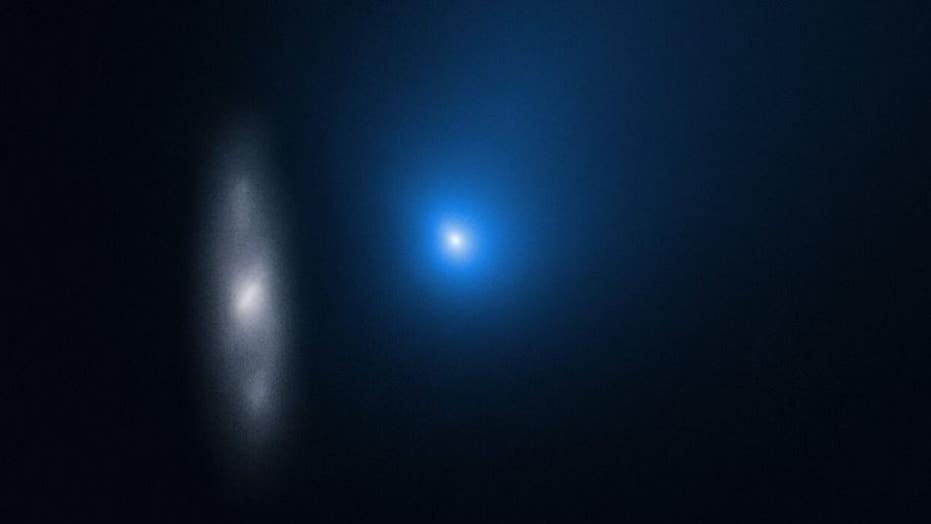 Since it was first discovered in August 2019, astronomers have been awestruck by interstellar Comet 2I/Borisov. But recent observations of the space object suggest that it could be breaking apart.

A group of researchers from Poland have noted that the object has brightened up twice this month.

"The total brightness increase is thus about 0.7 mag in 5 days between UT 2020 March 4.3 and 9.3," the researchers wrote in a note published March 12. "This behavior is strongly indicative of an ongoing nucleus fragmentation."

It's possible that this action was caused by 2I/Borisov's approach toward the sun, Space.com reported.

In December 2019, comet 2I/Borisov reached its closest point to the sun, 190 million miles away, known as perihelion. That same month, the Hubble Space Telescope captured images of the comet, which was discovered by astronomer Gennady Borisov.

Researchers recently theorized that 21/Borisov could be intercepted using existing technology and studied to see what material, if any, it has picked up from other solar systems.

In September 1019, the International Astronomical Union confirmed that the object was from another solar system, making it the second-known interstellar object.

A study published in October 2019 suggested it could be carrying water on it from beyond the Solar System, which if true, would be the first time water from outside the Solar System has been detected.

In November 2019, astronomers captured an image of the mysterious comet and its impressive tail, which at nearly 100,000 miles long, is roughly 14 times the size of Earth.

Comet 2I/Borisov is the second interstellar object discovered, following the mysterious cigar-shaped Oumuamua, which was discovered in October 2017.

No longer observable by telescopes as of January 2018, many have speculated what Ouamumua is. Some have theorized it may have been a light sail sent from an intelligent extraterrestrial civilization, a comet or an asteroid.

The mystery about its exact nature deepened in late 2018  when NASA said it was looking at the object for two months and did not originally see it.