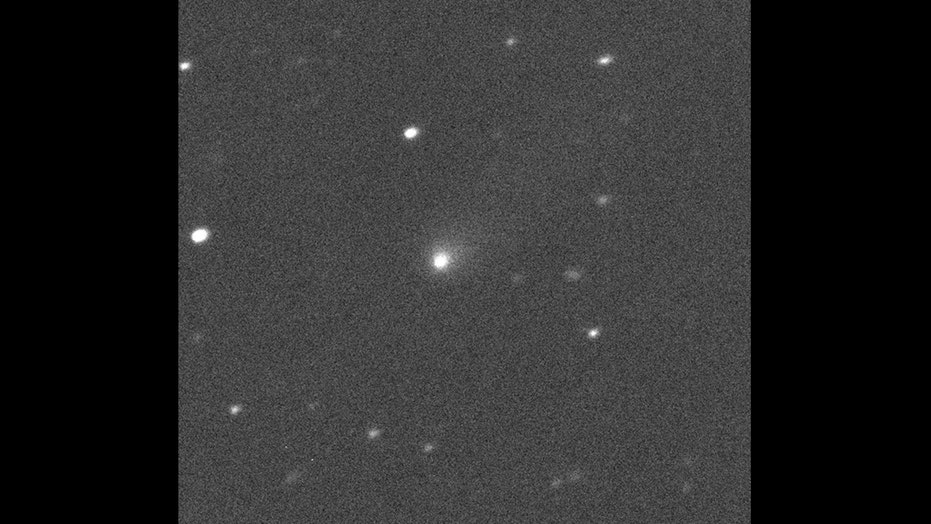 It's been nearly a month since the second interstellar object, C/2019 Q4 (Borisov), was detected. And this newly identified object could potentially be studied, according to a new study.

The research, which can be found here, notes that C/2019 Q4 (Borisov), could be intercepted using existing technology and studied to determine a number of aspects about it, such as whether it's a comet or an asteroid. Experts also note that it could be studied to see, what material, if any, it has picked up from other solar systems.

"Investigating interstellar objects from a close distance would provide us with unique data about other star systems without actually flying to them," Andreas M. Hein, the executive director of Initiative for Interstellar Studies ' board of directors and one of the co-authors of the study told Universe Today via email.

"They might provide unique insights into the evolution and composition of other star systems and exoplanets in them. Interstellar objects are cool, as it's a bit like: If you can't go to the mountain, let the mountain come to you," Hein added in the email. "It will likely take many decades until we can send a spacecraft to another star. Hence, interstellar objects might be an intermediate solution for finding out more about other stars and their planets."

In the research, Hein and the other researchers suggested that by using the Optimum Interplanetary Trajectory Software (OITS) tool to generate trajectories for the object, a SpaceX Falcon Heavy launcher could have sent a 2-ton spacecraft to the object if it was launched in July 2018.

Other launch dates would need more powerful systems, including a 2030 launch data using the presently under-development Space Launch System that would reach the object by 2045.

The research could also have implications for the study of other interstellar objects, including Oumuamua.

Comet C/2019 Q4 (Borisov) was discovered on Aug. 30 by astronomer Gennady Borisov and, after much discussion, the International Astronomical Union (IAU) said it likely originated from another system.

Earlier this month, NASA JPL said the object is approximately 260 million miles from the Sun and will reach its closest point, known as perihelion, on Dec. 8, 2019, when it gets within 190 million miles of the Sun.

Sending a spacecraft to Oumuamua would require fast thinking, as it was discovered in October 2017, but it may still be possible, Hein added. "Regarding 'Oumuamua, we can launch a spacecraft toward it even beyond the year 2030," he said in the email. "There is plenty of time to develop such a spacecraft."

It's still unclear what Oumuamua actually is, although several theories have emerged, including one from Harvard University researcher Avi Loeb that it could be an extraterrestrial lightsail.

Hein said that he anticipates there will be two types of research, one of which is using remote sensing with a telescope to take pictures. The second would be to actually analyze material on the interstellar objects and hopefully, capture some of the particles from the dust plume, which Hein noted would "provide unique insights into the composition of the object."

Though it's too soon to guess what the research could reveal, he speculated that there could be evidence  that "organic molecules the building blocks for life, actually travel between star systems," adding that perhaps, "life itself might actually spread between stars in our galaxy."