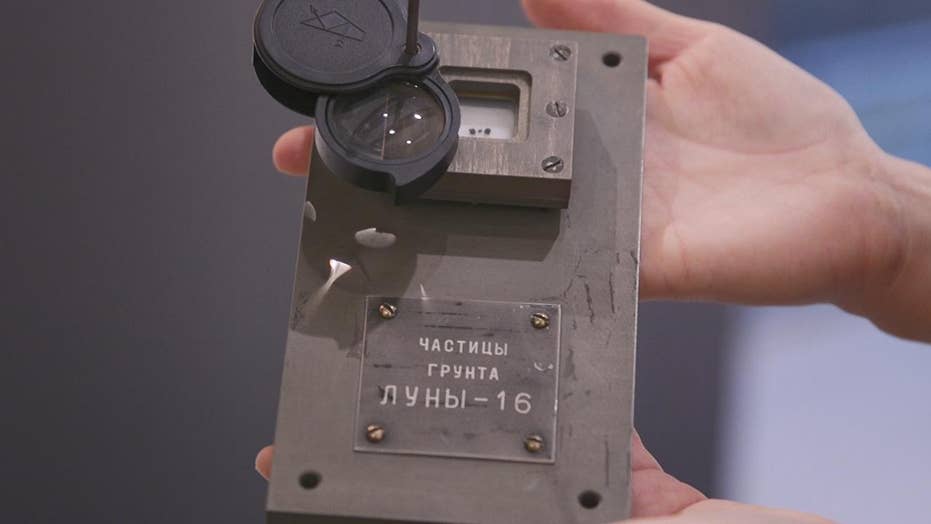 Three moon rocks brought back from space by the Soviet Luna-16 mission in 1970 are expected to raise up to $1 million when they go up for auction.

Three tiny Moon rocks brought back from space by the unmanned Soviet Luna-16 mission were sold for $855,000 at auction on Thursday.

The rocks, which had a pre-sale estimate of $700,000 to $1 million, are the only known lunar samples available for private ownership, according to auction house Sotheby’s. In 1993 the rocks were sold for $442,500 to an anonymous American collector, marking the first time that a piece of another world had been offered to the public.

BAG OF NASA MOON DUST SELLS FOR $1.8M AT AUCTION

Retrieved from the lunar surface in 1970, the samples were presented to Nina Ivanova Koroleva, widow of Sergei Pavlovich Korolev, the former director of the Soviet space program.

The buyer, a private American collector, has not been named.

There is great interest in Moon-related artifacts. Last year, for example, a bag filled with Moon dust filled by Apollo 11 astronaut Neil Armstrong was sold by Sotheby’s for $1.8 million.

The bag had previously been misidentified and mistakenly sold at an online government auction for $995. The Chicago-area woman who purchased the bag won an intense court battle with NASA, which attempted to retrieve the artifact.