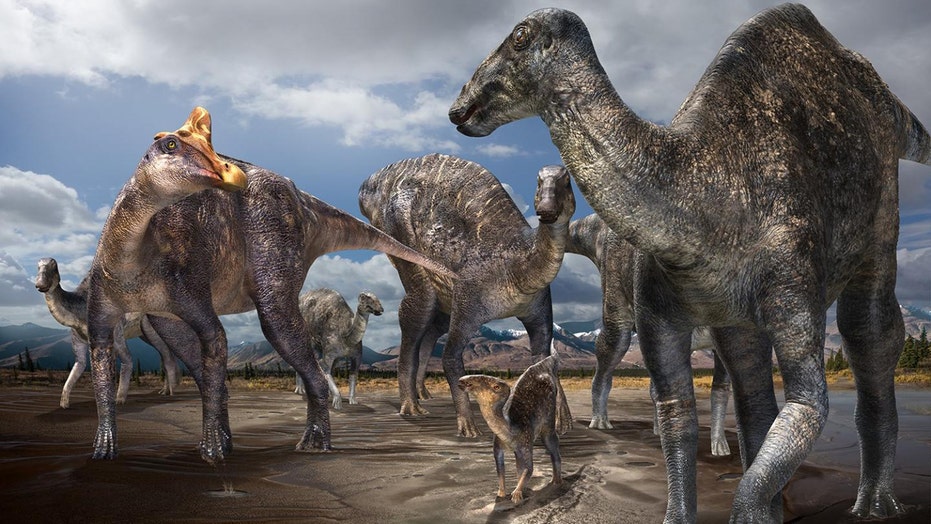 A type of cancer that still afflicts humans has been found in a dinosaur fossil that was unearthed in Canada, according to experts.

The fossil, which was found at the Dinosaur Provincial Park in southern Alberta, is of a small hadrosaur that was "common in the world 66-80 million years ago." It contains Langerhans cell histiocytosis (LCH), described as a "rare and sometimes painful disease that still afflicts humans, particularly children under the age of 10," according to a statement from Tel Aviv University.

"The micro-CT produces very high-resolution imaging, up to a few microns," one of the study's co-authors, Dr. Hila May, said in the statement. "We scanned the dinosaur vertebrae and created a computerized 3D reconstruction of the tumor and the blood vessels that fed it. The micro and macro analyses confirmed that it was, in fact, LCH. This is the first time this disease has been identified in a dinosaur."

Photograph of the larger hadrosaur vertebra in lateral view. The space that contained the overgrowth opens to the caudal surface of the vertebra. (Credit: Assaf Ehrenreich, Sackler Faculty of Medicine, Tel Aviv University)

The size and shape of the cavities in the fossil are what attracted the attention of the researchers, May added.

"They were extremely similar to the cavities produced by tumors associated with the rare disease LCH that still exists today in humans," May explained. "Most of the LCH-related tumors, which can be very painful, suddenly appear in the bones of children aged 2-10 years. Thankfully, these tumors disappear without intervention in many cases."

The discovery is surprising, not only in that the disease survived more than 60 million years, but that it is not unique to humans.

"These kinds of studies, which are now possible thanks to innovative technology, make an important and interesting contribution to evolutionary medicine, a relatively new field of research that investigates the development and behavior of diseases over time," Tel Aviv University professor Israel Hershkovitz added in the statement. "We are trying to understand why certain diseases survive evolution with an eye to deciphering what causes them in order to develop new and effective ways of treating them."

The study was published in Scientific Reports.

Researchers continue to learn more about the time of the dinosaurs, including the asteroid that resulted in their extinction.

The asteroid, which hit Earth in the Yucatan Peninsula in Mexico, wiped out nearly 75 percent of all species on the planet, but it may have resulted in bacteria being able to thrive, according to a study published earlier this month.