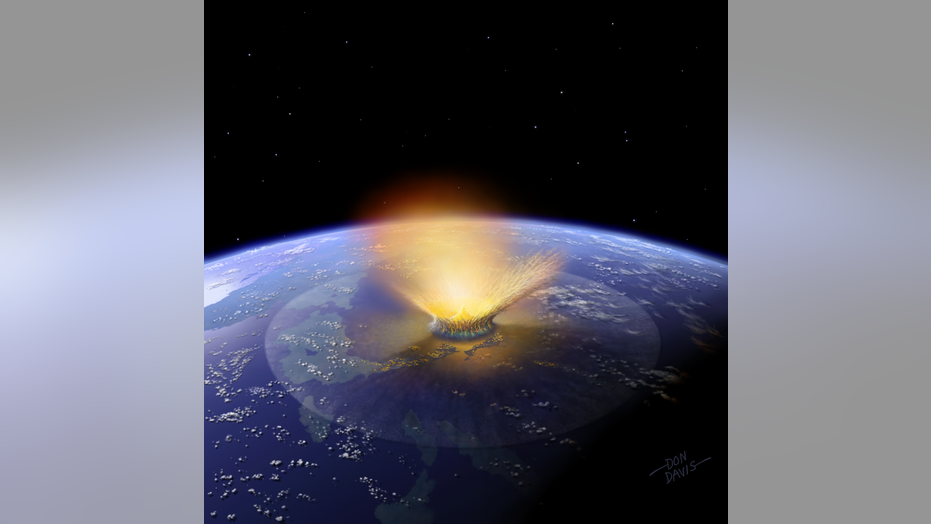 The asteroid that wiped out the dinosaurs 65 million years ago also killed nearly 75 percent of all species on the planet. However, a new study suggests one form of life thrived, thanks to the massive blast — bacteria.

Published in Geology, the research notes there was evidence of plants, fungi and microbial bacteria remains discovered in samples of the Chicxulub impact crater, despite the catastrophic event.

“Our research shows that when the dust from the asteroid’s impact settled and sunlight returned to ideal levels, there was a rapid resurgence of land plants, dinoflagellates, cyanobacteria and all forms of anaerobic photosynthetic sulfur bacteria, including those from microbial mats in the crater area,” the study's lead author, Bettina Schaefer, said in a statement.

DINOSAUR EXTINCTION WAS 'ALL ABOUT THE ASTEROID,' CASTING DOUBT ABOUT VOLCANO'S IMPACT, NEW STUDY SAYS

It is believed that the fossilized remains were transported to the crater on waves from a giant tsunami following the asteroid strike.

A separate study published in 2019 suggested that the tsunami was worldwide and reached more than 5,000 feet in the air. It was also believed to be 2,600 times more energetic than the Indian Ocean tsunami in December 2004, one of the largest tsunamis recorded in modern history.

Kliti Grice, the John Curtin Distinguished Professor at Curtin University's School of Earth and Planetary Sciences, said the findings suggest that despite the difficult environment, phytoplankton continued to produce and evolve at a "rapid" pace.

“The development and productivity of phytoplankton was accompanied by major transitions in nutrient and oxygen supplies that shaped the recovery of microbial life," Grice said. "There was so much going on in such a short time frame, it really was like a post-apocalyptic microbial mayhem was happening in the Chicxulub crater.”

Researchers continue to learn more about the time period surrounding the dinosaur extinction, including about the asteroid itself.

An artist's rendering from 1994, illustrating the Chicxulub asteroid impact that killed off most of the dinosaurs about 66 million years ago. (Donald E. Davis/NASA/JPL)

The asteroid, which hit Earth in the Yucatan Peninsula in Mexico, not only wiped out nearly 75 percent of all species on the planet, but it may have also acidified Earth's oceans after its impact, according to a study published in October 2019.