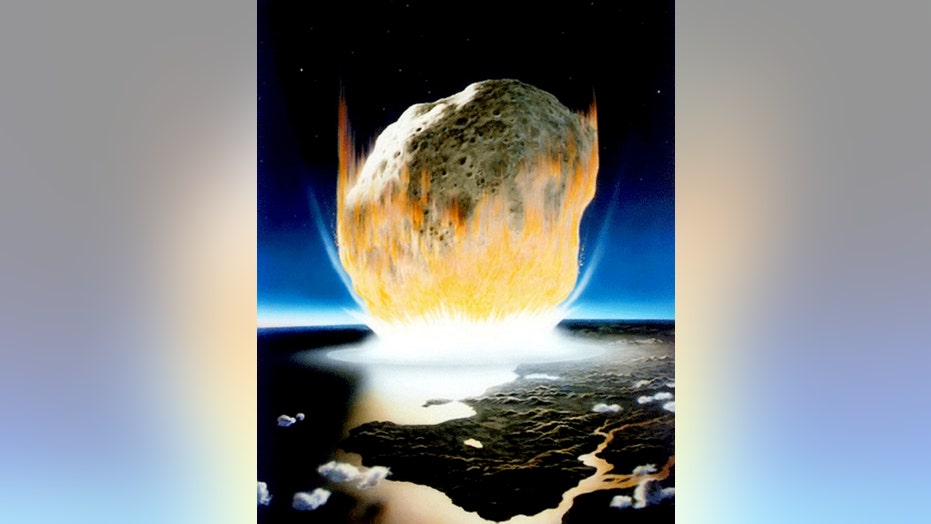 A newly released study shows that the asteroid that took out the dinosaurs also acidified Earth's oceans.

The research looks at newly discovered evidence from fossilized algae from millions of years ago, known as foraminifera. The experts analyzed the chemical element boron to show in detail just how devastating the asteroid impact was, hoping to put to rest the debate that other natural disasters – such as a massive volcano eruption – led to the demise of the dinosaurs.

The rise in ocean acidification, an event that would take "millions of years" for the oceans and the planet to recover from, was devastating, experts said. "Our data suggest that impact, not volcanism, was key in driving end-Cretaceous mass extinction," the study's abstract states.

"Before the impact event, we could not detect any increasing acidification of the oceans," said the study's lead author, Michael Henehan, in a statement.

The scientists looked at clay samples from an underground cave in the Netherlands for their research, a cave that contained "an especially thick layer of clay from the immediate aftermath of the impact," Henehan said, adding it's "really quite rare."

The picture shows the Cretaceous-Palaeogene boundary at Geulhemmerberg in the Netherlands, where the boundary clay samples were taken. The event bed is clearly visible as a grey clay-rich layer, between the otherwise yellowish carbonate sediments. It was thought to have been laid down during calm periods between strong storm events. (Credit: Michael Henehan)

The newly discovered findings appear to be some of the most definitive evidence found on what led to the extinction of the dinosaurs and just how fast it occurred, as sulfur gas kicked up into the atmosphere, ultimately causing acid rain.

"Our data speak against a gradual deterioration in environmental conditions 66 million years ago," Henehan added.

The find is also the first direct link between the dinosaur extinction and a sharp rise in the pH levels of the oceans, Henehan continued.

"For years, people suggested there would have been a decrease in ocean pH because the meteor impact hit sulfur-rich rocks and caused the raining-out of sulphuric acid, but until now no one had any direct evidence to show this happened."

A model of a Tyrannosaurus rex on display in the New Mexico Museum of Natural History and Science in Albuquerque, N.M. (AP Photo/Susan Montoya Bryan)

The study was published in Proceedings of the National Academy of Sciences.

The asteroid, which hit Earth in the Yucatán Peninsula in Mexico and is now known as the Chicxulub crater, wiped out nearly 75 percent of all species on the planet.

A separate study, published in January, put forth a theory that the impact from the space rock also caused a worldwide tsunami that reached more than 5,000 feet in the air.