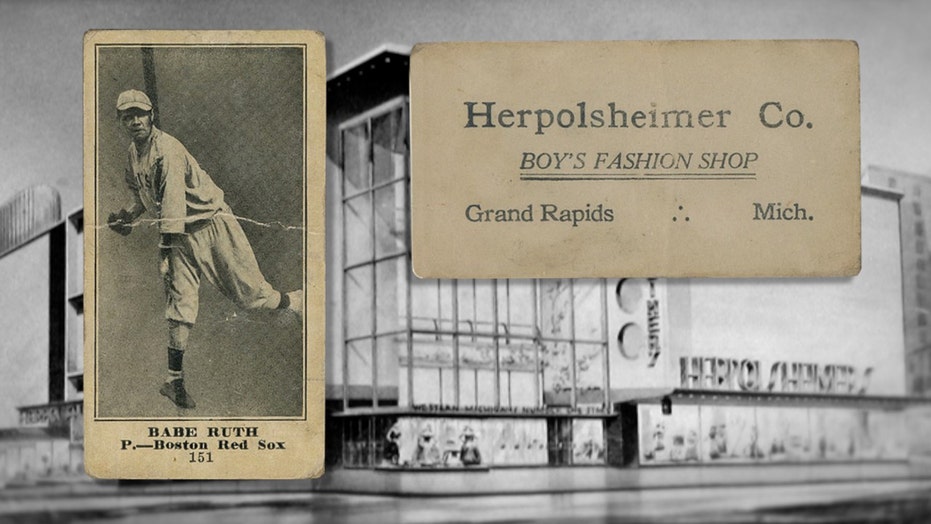 Continuing to be a home run with collectors, a Babe Ruth rookie card sold for more than $110,000 at auction.

The rare card features advertising for Herpolsheimer's clothing store, a Grand Rapids, Mich.-based retailer, according to Boston-based RR Auction, which handled the sale.

"According to a period newspaper advertisement, Herpolsheimer's distributed these cards 20 at a time to children in their area for 10 weeks, having to return all 10 days to receive a complete set," a spokesman for RR Auction told Fox News via email.

This particular card, which is also graded by the PSA, has previously been mentioned as being distributed by The Sporting News, but has also been issued with advertisers as well.

"Babe Ruth remains among the all-time greats and continues to be highly collectible," Bobby Livingston, Executive VP at RR Auction, added in the email.

The rare find was sold to an anonymous buyer from Northern California for $110,612, according to the auction house.

In addition to the Ruth rookie card, several Mickey Mantle baseball cards were sold at auction, including a 1952 Topps rookie card that went for $88,800, as well as a 1953 signed player contact from Mantle that sold for $28,255.

Ruth memorabilia is among the most valuable in the sports collectible industry. In May, a 1916 Babe Ruth baseball card sold at auction for over $130,000 after it was discovered in a $25 piano. Two months prior, a separate Ruth card worth at least $1.5 million went up for auction.