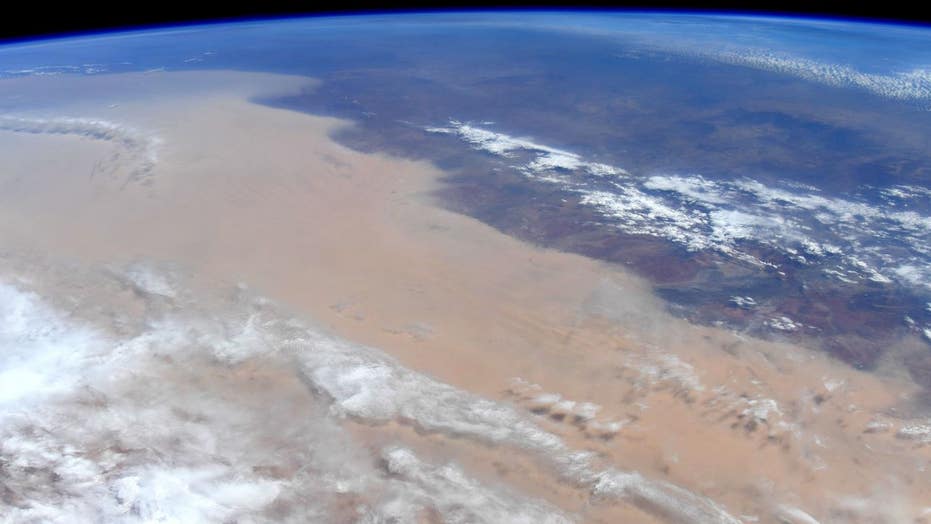 A NASA astronaut posted heartbreaking photographs of the smoke that has blanketed Australia as wildfires continue to ravage the continent.

"Australia. Our hearts and thoughts are with you," wrote NASA astronaut Christina Koch, who resides on the International Space Station about 250 miles above our planet.

Roughly 70 percent of Australia is covered by a layer of brown-gray smoke, Business Insider reports. That smoke has already traveled far from the fires and is impacting conditions in several other countries.

Smoke from the Australian wildfires can be seen in this image from NASA astronaut Christina Koch. (NASA/International Space Station)

"The smoke is having a dramatic impact on New Zealand, causing severe air quality issues across the county and visibly darkening mountaintop snow," according to a NASA blog post. "Beyond New Zealand, by Jan. 8, the smoke had travelled halfway around Earth, crossing South America, turning the skies hazy and causing colorful sunrises and sunsets."

According to published reports, the fires that began in September have already burned an estimated 46 million acres, destroyed over 5,900 buildings (including about 2600 homes), killed 29 people and killed or endangered a billion animals.

The space agency expects the smoke to make at least one full circuit around the globe, returning back to skies above Australia.

Last week, thousands of Australians protested in Sydney to demonstrate against what they feel is insufficient action taken by the administration of Prime Minister Scott Morrison to address the fires and climate change, the Sydney Morning Herald reports.

Although some of the hardest-hit areas have seen rain this week, experts cautioned that it was only the start of what is needed.