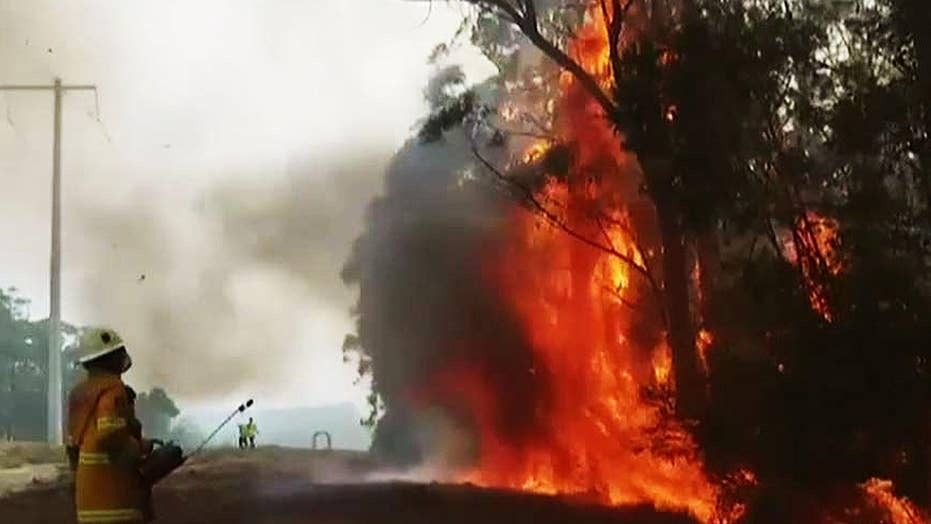 After devastating wildfires have scorched Australia for weeks, hard-hit communities received relief Thursday from heavy rain and thunderstorms as forecasters officials cautioned it was only just the start of what is needed.

The fires, fueled by drought and the country’s hottest and driest year on record, have been raging since September, months earlier than is typical for Australia’s annual wildfire season. So far, the blazes have killed 28 people, destroyed 2,600 homes and scorched an area of more than 25.5 million acres, roughly the size of South Korea.

"Relief is here for a number of firefighters working across NSW," the New South Wales Rural Fire Service tweeted as rain fell in the region. "Although this rain won’t extinguish all fires, it will certainly go a long way towards containment."

While the area has seen rain this week, Australia's Bureau of Meteorology cautioned Thursday there was only a 50 percent chance that the bulk of the country's east, where most of the fires have been located, will receive the average rainfall between February and April.

Flames from a controlled fire burn around trees as firefighters work at building a containment line at a wildfire near Bodalla, Australia, Sunday, Jan. 12, 2020. (AP Photo/Rick Rycroft)

Authorities have been taking advantage of the recent forecasts in southeast Australia for a week or more to consolidate containment lines around scores of fires that are likely to burn for weeks without heavy rainfall.

A firefighter keeps an eye on a controlled fire as they work at building a containment line at a wildfire near Bodalla, Australia, Sunday, Jan. 12, 2020. (AP Photo/Rick Rycroft)

There are still some 1,700 firefighters and support personnel as of Thursday that continue the battles against the blazes, Australia's 7News reported.

As of Thursday, some 142 U.S. firefighters are assigned to Australia to assist with the ongoing wildfire efforts, according to the National Interagency Fire Center. Those American firefighters who have deployed to the region have said the wildfires have been devastating.

Roger Staats, a National Smokejumper at U.S. National Forest Service, told Anna Kooiman on "Fox & Friends" that he saw flames 20, 30 feet high and that the devastation in locations such as Balmoral was "almost apocalyptic." Two Australian volunteer firefighters were killed by a falling tree while driving to Balmoral to help battle the blaze.

US firefighters describe 'apocalyptic' scene on the frontlines in Australia

Fox News' Anna Kooiman talks to American firefighters about what they are seeing as they help combat the devastating fires.

"You never expect a house across from a fire station to burn down because you run out of the water," he said on "Fox & Friends." "That's what happened."

The heat from the flames was so intense that paint melted on his truck. The response by U.S. firefighters to Australia, among others from across the world, has helped serve as a uniting force among first responders, he told Fox News.

"What it really shows is that firefighters across the globe all do the same thing, we're all in this together," Staats said.