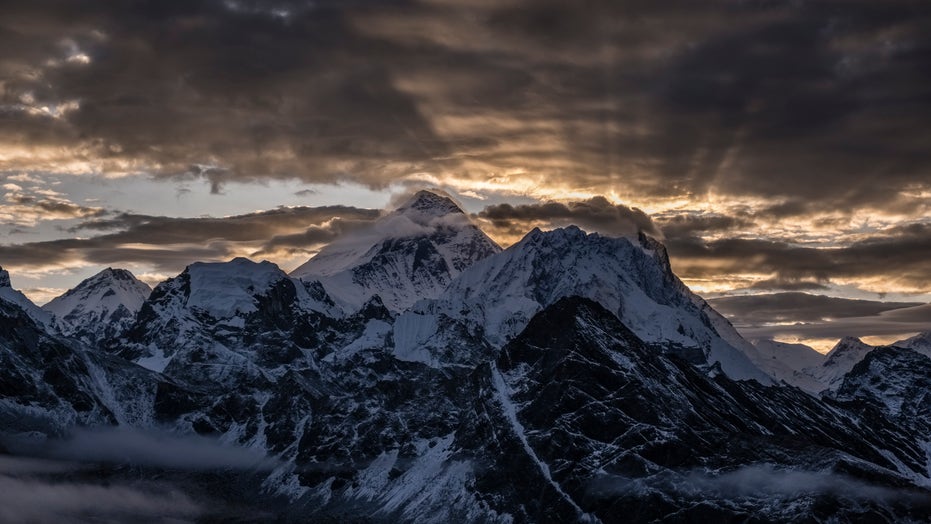 The glaciers around Mount Everest have lost a significant amount of ice -- about 8 inches per year, according to declassified spy satellite photographs.

Researchers were able to produce digital surface-elevation models of the glaciers using decades-old images -- along with newly collected data -- to create a comprehensive record of ice melt.

The glaciers along Mount Everest's flanks had shrunk significantly from the top down from 1962 to 2018, according to research presented recently at the annual meeting of the American Geophysical Union, Live Science reported.

"When we now look at the entire area, we see a clear increase in mass loss while it was in the period of 1962 to 1969, around 20 centimeters [8 inches] per year," Tobias Bolch, a lecturer for remote sensing with the School of Geography and Sustainable Development at the U.K.'s University of St. Andrews, told the publication.

Summits of Mt. Everest and Mt. Makalu, seen from summit of Gokyo Ri, before sunrise in September 2019. (Photo by Frank Bienewald/LightRocket via Getty Images) (Getty Images)

The researchers discovered that Rongbuk and Khumbu glaciers, where Everest base camps for climbers and hikers are located, had thinned by more than 260 feet over 60 years, while Imja Glacier lost more than 300 feet of ice during the same timespan.

In the 1950s, American intelligence services wanted to spy on the Soviet Union, and a secret satellite surveillance mission launched in 1960, according to the CIA. Locations across Eastern Europe and Asia were photographed by the effort, which was led by the CIA and the U.S. Air Force.

The program reportedly produced more than 800,000 images, including views of the Himalayas.