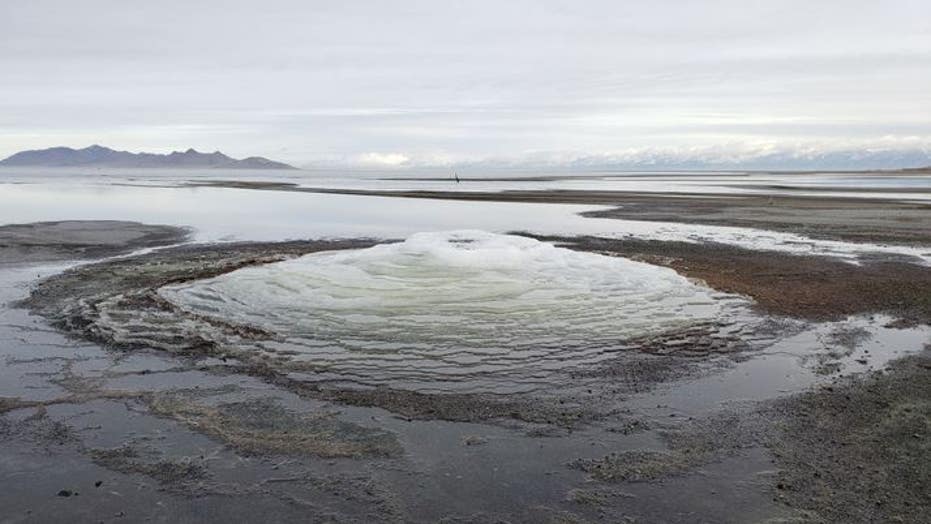 Mounds of a rare crystalline mineral emerged above the surface of Utah's Great Salt Lake.

The four white mounds, which are up to 3 feet high and dozens of feet across, were first seen in October, according to a blog post by Utah State Parks officials.

After they tested the mounds, state geologists discovered that they are layered formations of a mineral known as mirabilite, a crystalline sodium sulfate.

However, the unique-looking mounds won't be around forever.

PIGEONBOT, FIRST ROBOT TO BEND ITS WINGS LIKE A REAL BIRD, IS UNVEILED

"When temperatures rise above freezing, the impressive clear mirabilite crystals that form the mounds at the Great Salt Lake will dehydrate to form a white powdery mineral called thenardite (Na2SO4)," parks officials said. "As such, these mirabilite mounds will disappear with changing temperatures and the rising lake levels."

Although mirabilite has not actually been found on Mars, scientists think ancient mound-like deposits of similar sulfate minerals could still contain some fossilized traces of ancient Martian microbes -- hence the nickname "Martian" mounds.