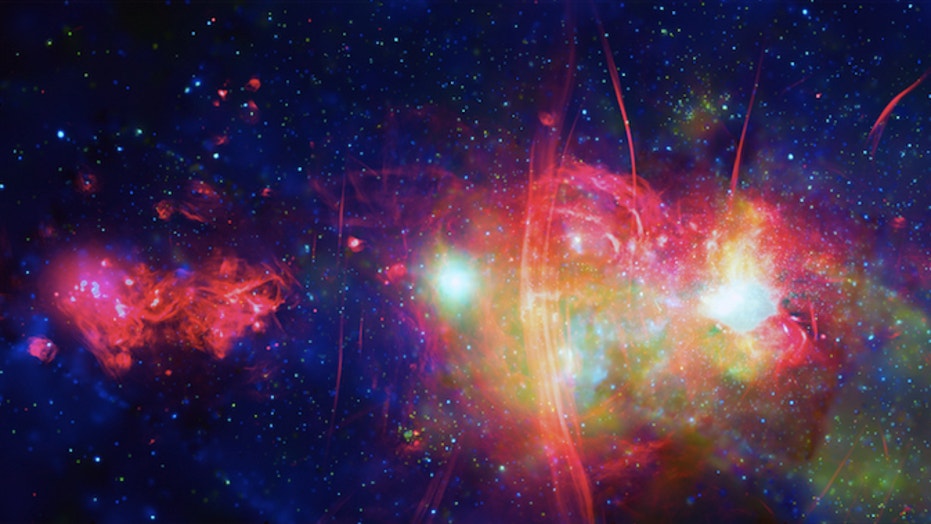 Astronomers believe they have discovered the edge of the Milky Way galaxy, according to a new study.

The research, which can be read on the arXiv repository, notes there is a measurement that was discovered that could give us the exact dimensions of the galaxy, as well as how many galaxies surround ours.

"Using the current dwarf galaxy population, we predict the edge of the Milky Way halo to be 292 +/- 61 [kiloparsecs]," the astronomers wrote in the study's abstract. As a result, the researchers believe the diameter of the Milky Way is 1.9 million light-years, based on their findings.

A kiloparsec is 1,000 parsecs or 3,262 light-years. A light-year, which measures distance in space, equals 6 trillion miles.

Via their computer simulations, the researchers discovered galaxies were slowing down near the Milky Way galaxy.

"In many analyses of the Milky Way halo, its outer boundary is a fundamental constraint," the researchers wrote. "Often the choice is subjective, but as we have argued, it is preferable to define a physically and/or observationally motivated outer edge. Here we have linked the boundary of the underlying dark matter distribution to the observable stellar halo and the dwarf galaxy population."

There are believed to be approximately 60 galaxies surrounding our own, but it's possible others could be discovered, thanks to the research.

In October 2019, Fox News reported the Milky Way had stolen several dwarf galaxies from the neighboring Large Magellanic Cloud (LMC) galaxy, including the Carina and Fornax, as part of a merger between the two that is still ongoing.

Earlier this month, NASA released a new image of the center of the Milky Way. At the center of the galaxy are a number of different objects, including the supermassive black hole Sagittarius A*, which weighs approximately 4 million times the mass of the Sun and has clouds of gas at temperatures of millions of degrees.