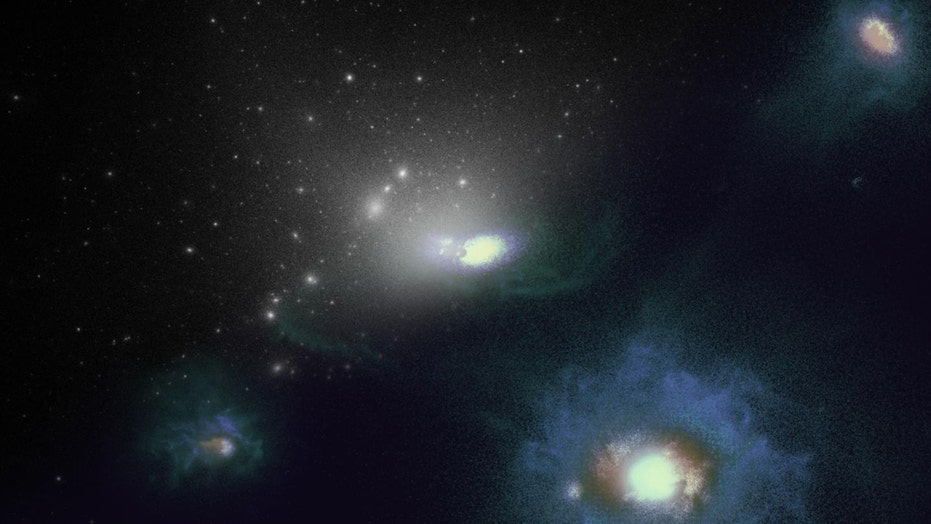 Even Frank Abagnale, Jr. would be envious of this thievery.

A newly published study notes that the Milky Way stole several dwarf galaxies from the neighboring Large Magellanic Cloud (LMC) galaxy, including the Carina and Fornax, as part of a merger between the two that is still ongoing.

The LMC is approximately 158,200 light-years from Earth and contains roughly 30 billion stars.

The research is based on new data coming from the Gaia space telescope and found that "at least four ultrafaint dwarfs and two classical dwarfs" used to be part of the LMC, according to a statement announcing the findings.

"These results are an important confirmation of our cosmological models, which predict that small dwarf galaxies in the universe should also be surrounded by a population of smaller fainter galaxy companions," said one of the study's co-authors, Laura Sales, in the statement. "This is the first time that we are able to map the hierarchy of structure formation to such faint and ultrafaint dwarfs."

The cosmic swipes happened in the recent past, cosmically speaking, approximately 1 billion years ago. By comparison, the entire universe is widely accepted to be 13.8 billion years old.

"If so many dwarfs came along with the LMC only recently, that means the properties of the Milky Way satellite population just 1 billion years ago were radically different, impacting our understanding of how the faintest galaxies form and evolve," Sales added.

Unlike spiral galaxies, like our own Milky Way, dwarf galaxies are small and only have a small number of stars, ranging from a few thousand to a few billion. The Milky Way is estimated to contain anywhere between 100 billion and 400 billion stars.

The LMC and other galaxies like it host a great number of dwarf galaxies, many of which only contain dark matter, making them interesting to astronomers.

"The high number of tiny dwarf galaxies seems to suggest the dark matter content of the LMC is quite large, meaning the Milky Way is undergoing the most massive merger in its history, with the LMC, its partner, bringing in as much as one third of the mass in the Milky Way's dark matter halo — the halo of invisible material that surrounds our galaxy," said the study's lead author, Ethan Jahn, in the statement.

Jahn added that it's hard to know how many dwarf galaxies are hosted by the LMC (at least 7) and more may be discovered with further research.

The study has been published in the Monthly Notices of the Royal Astronomical Society.