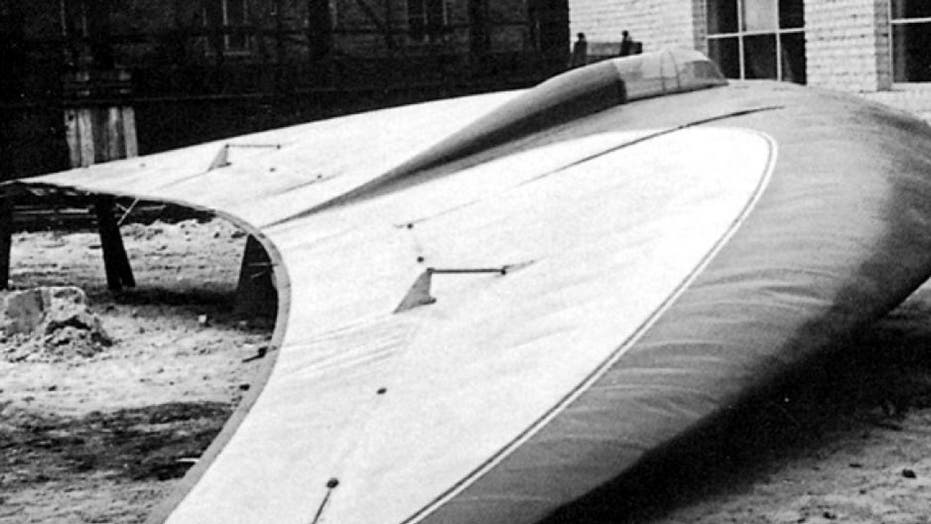 The "Storm Area 51" event started out as a joke, but has become a viral phenomenon, as people head to Nevada in an effort to see if "the truth is out there" and on the off chance, perhaps "see them aliens." While the event has spawned music festivals and other related events, the secret military base located deep in the Nevada desert has been home to some wild conspiracy theories over the years.

The government denied the existence of Area 51 for years until the release of declassified Central Intelligence Agency (CIA) reports in 2013. Officials have referred to the site by several names, including the Nevada Test and Training Range, "Watertown" and "Dreamland."

The military base is located in the Nevada desert near Groom Lake, a dry lakebed located about 120 miles north of Las Vegas. The site was chosen in the 1950s to secretly test the Air Force’s U-2 aircraft and train pilots, according to the CIA. The area had earlier been used during World War II as an aerial gunnery range for Army pilots.

Here are some of the top conspiracy theories associated with Area 51.

An extraterrestrial ship crashed in Roswell and was transported there

The 1947 crash of a disc-shaped aircraft in Roswell kicked off UFO speculation worldwide. There have been a number of rumors about the disc, which is described as a Russian spy plane in the new book "AREA 51: An Uncensored History."

A 1945 report on airplanes designed by Germany's Horten brothers included this photograph of an unusually shaped parabolic aircraft. Two years later, after the crash of a foreign disc-shaped aircraft in New Mexico, in July 1947, the Counter Intelligence Corps embarked on a manhunt across Western Europe to locate the Horten brothers and their so-called flying disc.

Bob Lazar, a purported whistleblower and controversial figure in the scientific community, claims to have worked for a period of time at a secret military base at S-4, which he said is several miles south of Area 51.

According to Lazar's claims, he saw flying saucers that were powered by Element 115, years before it was discovered by man. Lazar claims he is still being tracked and monitored by the U.S. government, 30 years after he exposed Area 51 to the world, according to media reports.

Extraterrestrials are kept hostage there

In conjunction with the alien spacecraft that conspiracy theorists believe are at Area 51, extraterrestrials are also believed to be located there, including ones that are supposedly held hostage.

In the 2018 Netflix documentary, Lazar said that he was walking down a hallway at S-4 and for an instant, saw a small, gray extraterrestrial between two men in lab coats through a small window.

Lazard claimed that he was told by a guard to stop looking and move along.

AREA 51: WHAT ARE THE ODDS ALIENS WILL BE 'DISCOVERED' AT CRAZY EVENT TO STORM TOP-SECRET SITE?

Alien autopsies have been performed there

Conspiracy theorists also believe that following the supposed extraterrestrial spacecraft that crashed in Roswell, N.M. in 1947, the dead bodies of the aliens aboard were taken to Area 51 and dissected.

In the mid-1990s, a fuzzy black-and-white film supposedly showed a team of scientists and doctors cutting open one of the beings was aired on TV. Eventually, this footage was proven to being a hoax after the producers came out and said they had faked the autopsy.

Area 51 is home to the government's mysterious black helicopters

The government has tested secret aircraft at Area 51, including the Cold War spy plane, the SR-71 Blackbird. However, conspiracy theorists believe the military base is also the home of the government's black helicopters.

Black helicopters, which first appeared in news reports in the 1970s, are commonly associated with cattle mutilation, toxic chemical releases over various neighborhoods and other supposed activities conducted by the U.S. government.

AREA 51: NEVER BEFORE SEEN PHOTOS OF AMERICA'S SECRET BASE

The government controls the weather from Area 51

One other popular claim from conspiracy theorists is that the government has set up shop to control the weather at Area 51.

While the government has put forth research projects in the past to modify clouds and the weather, according to a report from the National Science Foundation, there has been no evidence that this research took place at Area 51.