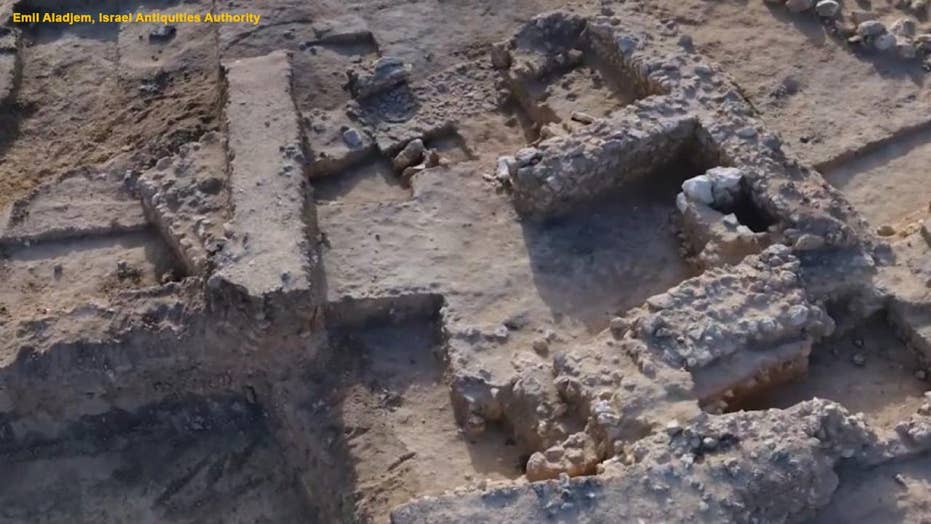 Archaeologists from the Israel Antiquities Authority and the Ben-Gurion University of the Negev discovered uncovered ancient tunnels apparently used by rebels during a turbulent period in the region’s history.

Archaeologists in Israel have discovered the remains of an ancient settlement in the Negev desert, uncovering ancient tunnels used by Jewish rebels against the Romans.

The underground passageways were apparently used by rebels during a turbulent period in the region’s history, according to archaeologists from the Israel Antiquities Authority and the Ben-Gurion University of the Negev.

Experts have dated the site in Beersheba to between the first century. and the Bar Kokhba revolt in A.D. 135. Archaeologists also discovered signs of a fire that raged in parts of the settlement, probably related to the First Jewish Revolt around 70 A.D.

Other finds at the site include the remains of a watchtower, trash pits, baking facilities, coins from the time of Roman rule, a mikveh (Jewish ritual bath), limestone vessels used for ritual purity, and part of a rare oil lamp depicting a nine-branched menorah.

Archaeologists have found the remains of a 2,000-year-old Jewish settlement at Beersheba in the Negev desert. (Emil Aladjem, Israel Antiquities Authority)

The depiction of the menorah has thrilled experts. “This is probably one of the earliest artistic depictions of a nine-branched menorah yet discovered,” said excavators Dr. Peter Fabian of the Ben-Gurion University in the Negev and Dr. Daniel Varga of the Israel Antiquities Authority, in a statement. “It is interesting to note that of the few lamps found depicting a menorah, these are never seven-branched. This was in accordance with a ruling in the Babylonian Talmud stating that only the menorah in the Temple could have seven branches and thus lamps used in domestic contexts commonly had eight to eleven branches. “

The excavation in is taking place prior to construction of a new neighborhood in Beersheba.

Israel continues to reveal fresh details of its incredible history. Archaeologists in the City of David, for example, recently discovered a rare clay seal mark and a 2,600-year-old stone stamp bearing Biblical names amid the ruins of a building destroyed by the ancient Babylonians. An excavation at the site also unearthed an unusual clay jar fragment depicting a ‘grotesque’ ancient deity for scaring away evil spirits.

The clay jar fragment is the latest fascinating archaeological discovery in Israel. Experts also recently uncovered the estate of a wealthy ancient Samaritan at Zur Natan in central Israel.

In another project, researchers have been shedding new light on the history of a biblical site linked to the Ark of the Covenant.

Other finds in recent years include the skeleton of a pregnant woman, dating back 3,200 years, in Israel’s Timna Valley, at a place once called King Solomon’s Mines.

File image - a Roman coin showing Judaea personified as a captive, with her hands tied behind her back. It was issued to celebrate the crushing of Simon Bar Kochba's revolt of 132-5. This coin was not excavated from the Beersheba site. (Photo by: Brown Bear/Windmil Books/UIG via Getty Images)