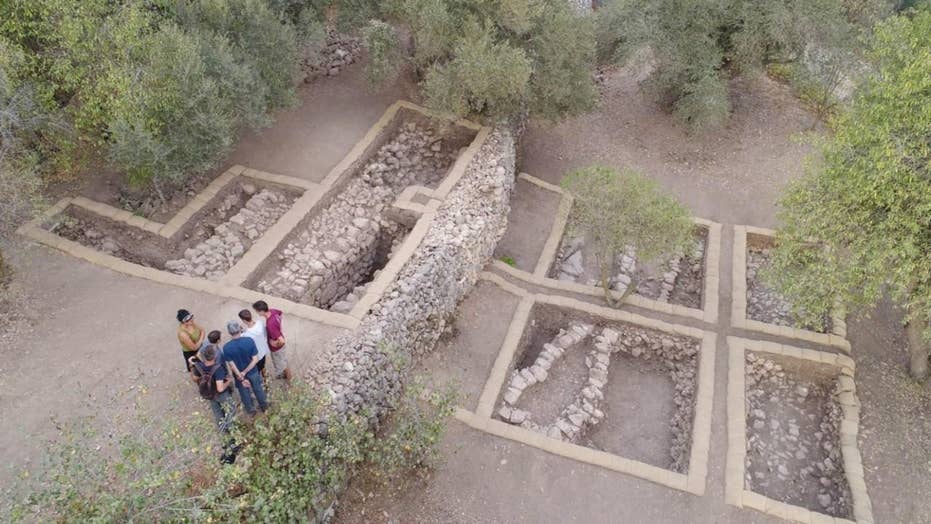 Excavations in Israel are shedding new light on the history of a Biblical site linked to the Ark of the Covenant.

Excavations in Israel are shedding new light on the history of a Biblical site linked to the Ark of the Covenant.

Specifically, archaeologists are focusing their attention on the ancient site of Kiriath-Jearim, which is mentioned in the Bible as one of the places where the Ark of the Covenant stood.

According to Haaretz, experts are convinced that the site of Kiriath-Jearim is a hill on the outskirts of Abu Ghosh, a village near Jerusalem. Excavations in 2017 offered a fascinating glimpse into the history of the hill, where the church of Our Lady of the Ark of the Covenant now stands.

The dig at Kiriath-Jearim is a joint project of Tel Aviv University and the College de France, supported by the Shmunis family in San Francisco. Tel Aviv University Professor Israel Finkelstein, who leads the project with Thomas Romer and Christophe Nicolle of the College de France, told Haaretz that the hill is clearly manmade. Four massive carefully built retaining walls were found at the site, creating a sort of earth-filled platform.

The hill on the outskirts of Abu Ghosh. (The Kiriath-Jearim Shmunis Family Excavations)

The site was dated using a technique called optically stimulated luminescence, which analyzes the last time quartz particles in the soil were exposed to sunlight. This produced a broad date range between 1150 B.C. and 770 B.C, although pottery sherds found at the site show that it was a hive of activity in the first half of the 8th century B.C.

Finkelstein told Haaretz that the kingdom of Judah at that time was too weak to construct such a structure, concluding that the hill was likely built by the stronger kingdom of Israel. Kiriath-Jearim, he says, must be viewed within the broad context of history.

Archaeologists will return to the site for a second season of excavations in August 2019. (The Kiriath-Jearim Shmunis Family Excavations)

“Rather than looking for the Ark, we are interested in understanding the story of the Ark in the Book of Samuel: who wrote it, when and why,” he told Fox News, via email.

Haaretz reports that when the Bible was written from the 7th century B.C. onward in Jerusalem it was during the reign of the kings of Judah, hence the Biblical reference to Kiriath-Jearim that glorifies the kingdom of Judah. Jerusalem at that time was the capital of Judah, while the kingdom of Israel’s capital was the city of Samaria, further north.

However, Finkelstein believes that the original version of the story about Kiriath-Jearim was written in the early 8th century B.C. by an Israelite author, and that it was connected to a period when the kingdom of Israel dominated the kingdom of Judah.

In addition to being a place of worship, the hill where the Ark of the Covenant was located also functioned as an important administrative center between the two kingdoms, he told Haaretz. In this way, the site is significant as it symbolizes the unification between the kingdoms of Israel and Judah.

The prominent Israeli archaeologist is renowned for taking an “evidence-based” approach to his research, which acknowledges the complexity of Biblical texts. “Reading the Bible, it is important to distinguish historical facts from the ideological/theological stances of the authors,” he told Fox News in 2017.

STUNNING BIBLICAL MOSAICS REVEALED IN DETAIL FOR THE FIRST TIME

Finkelstein and his fellow archaeologists will return to Kiriath-Jearim for their second season of excavations in August 2019.

The Ark of the Covenant continues to be a source of fascination. The Ark was eventually brought from Kiriath-Jearim to Jerusalem by King David but disappeared when the city was destroyed by the Babylonians in 587 B.C, prompting multiple theories about its fate. While some people believe that the Ark’s gold was melted down, there have also been claims that it was taken to cave on Mount Nebo, Jordan, or to Ethiopia.