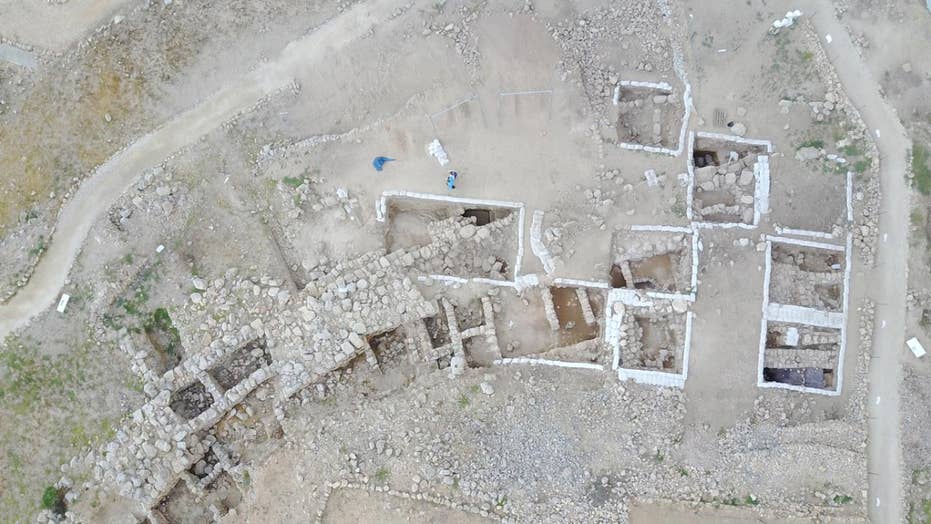 Archaeologists launched an excavation in Shiloh, Israel to search to evidence of the tabernacle that once housed the Ark of the Covenant

At the site of an ancient city on the West Bank, archaeologists are hunting for evidence of the tabernacle that once housed the Ark of the Covenant.

Associates for Biblical Research, a consortium of individuals and universities, recently completed four weeks of excavation in Shiloh with the goal of eventually locating the tabernacle.

The recent excavation, which ran from May 21 to June 17, unearthed a huge amount of animal bones, which Stripling believes may be related to animal sacrifices at the sacred site. “We excavated through a tremendous amount of bone,” Stripling explained. “You have 350 years of sacrifices – where do all of those bones go?”

The bones, which were found while excavating the northern fortifications of the ancient city, have been sent to ABR’s zoo archaeologist for analysis. “The Bible specifies which animals are sacrificial animals and it also says that they are young animals,” said Stripling. “If the bones match the animals of the Biblical sacrificial system and the type and age specified, then we may be looking at evidence that the tabernacle sat nearby.”

The group is expecting to receive results from the bone analysis in the next few weeks.

A host of other items were also found during the recent excavation including objects used to create seals and scarabs - ancient beetle-shaped carvings that were used for inscriptions and amulets. “We registered 700 objects this last [excavation] season – seal impressions, scarabs, tools, weapons, jewelry, utilitarian objects, cultic objects,” said Stripling. “And about 2,000 pieces of pottery a day.”

This summer’s dig was the first in a series of at least five annual excavations at the site by ABR under the auspices of the Civil Administration of Judea and Samaria.

The wall and storage areas studied by ABR during the recent dig date back to 1700 B.C. when Shiloh was part of the ancient Canaanite civilization. The city became a major site of worship for the Israelites after they arrived there about 300 years later.

The tabernacle was destroyed by the Philistines in 1050 B.C., Stripling told Fox News, around the same time that they briefly captured the Ark of the Covenant from the Israelites in a battle nearby. The Ark, however, was soon back in the hands of the Israelites.

While Shiloh’s link to the Ark of the Covenant is fascinating, Stripling notes that it was subsequently housed in a number of locations, where other tabernacles were built. “Later, the tabernacle was set up in other places, but we assume that it was rebuilt, reconstructed.”

The Ark of the Covenant was brought to Jerusalem by King David around 1000 B.C. but disappeared when the city was destroyed by the Babylonians in 587 B.C, prompting multiple theories about its fate. While some people believe that the Ark’s gold was melted down, there have also been claims that it was taken to cave on Mount Nebo, Jordan, or to Ethiopia.

ABR’s research is focused firmly on locating the tabernacle site at Shiloh, and Stripling is confident that future digs will deliver results. The dimensions of a “tel” or “mound” at Shiloh, for example correspond to biblical descriptions of the tabernacle, he says.

“We’re revealing the material culture of the ancient cultures, they often do shed light on the biblical texts,” Stripling added.

This is, however, not the first time that archaeologists have focused their attention on Shiloh. The Times of Israel reports that a major dig at Shiloh in the 1980s by prominent Israeli archaeologist Israel Finkelstein did not reveal the tabernacle.

However, the professor of archaeology at Tel Aviv University was not expecting to find the tabernacle, according to the Times of Israel. Finkelstein, it notes, does not view the Bible as a blueprint for archaeological research, opting instead for an “evidence-based” approach.

“Over two centuries of critical biblical exegesis and over a century of modern archaeology have shown how complex the biblical text is,” explained Finkelstein, in an email to Fox News. “Reading the Bible, it is important to distinguish historical facts from the ideological/theological stances of the authors. Shiloh is an important site for studying the rise of ancient Israel in the highlands of Canaan. This should be the aim of any excavation carried out there.”