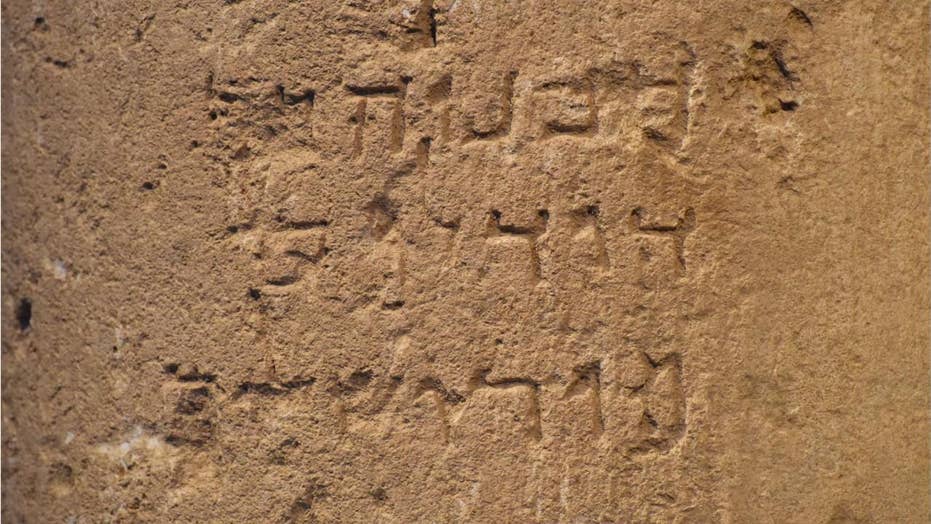 A 2,000 year-old ancient inscription has been discovered in Israel.

The find is the first full spelling of “Jerusalem” on a stone inscription, archaeologists recently confirmed. The artifact was found last winter during an excavation in the area of Jerusalem’s International Convention Center, known as Binyanei Ha'Uma.

Part of a stone column, the inscription mentions Jerusalem, written in Hebrew letters, and uses the same spelling as today, according to the Israel Antiquities Authority.

Written in the ancient Aramaic language, the inscription reads: “Hananiah son of Dodalos of Jerusalem.”

Danit Levy, Director of the excavations on behalf of the Israel Antiquities Authority beside the inscription as found in the field. (Photo: Yoli Shwartz, IAA)

It is thought that Hananiah was an ancient artist-potter.

Experts have dated the find to the Second Temple Period, or the First Century A.D. “First and Second Temple period inscriptions mentioning Jerusalem are quite rare,” said Dr. Yuval Baruch, Jerusalem regional archaeologist of the IAA and Prof. Ronny Reich of Haifa University, in a statement. “But even more unique is the complete spelling of the name as we know it today, which usually appears in the shorthand version.”

“This is the only stone inscription of the Second Temple period known where the full spelling appears. This spelling is only known in one other instance, on a coin of the Great Revolt against the Romans (66-70 CE),” they added.

The experts note that, while Jerusalem appears 660 times in the Bible, only five mentions, of a relatively late date, have the full spelling.

The inscription is now on display at the Israel Museum in Jerusalem.

In a separate project, experts also announced the discovery of a site that may offer fresh insight into the ancient biblical kingdom of David and Solomon. In another project, a trove of bronze coins, the last remnants of an ancient Jewish revolt against the Roman Empire, were recently discovered near the Temple Mount in Jerusalem.