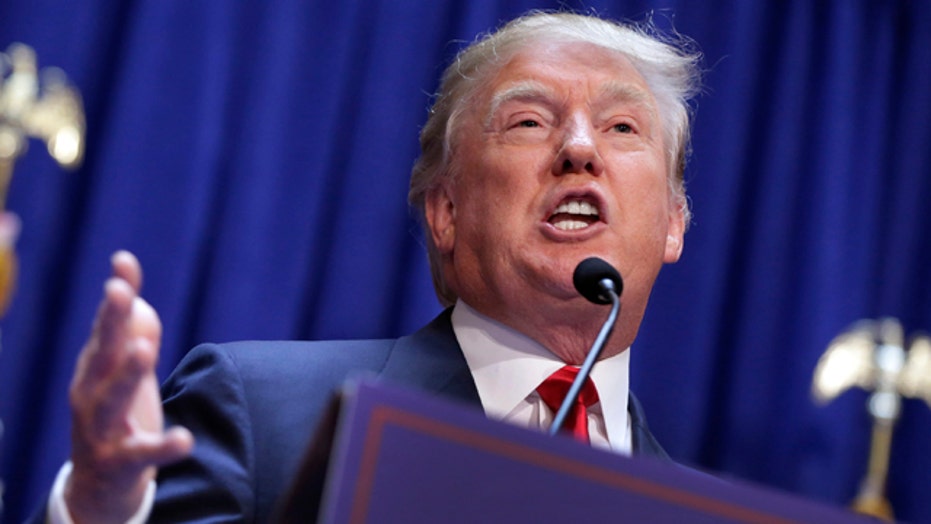 Who will come out swinging against Trump?

The spotlight is shining on Donald Trump right now, but nine other GOP presidential candidates are poised and eager to seize it from him as they head into Thursday night's prime-time debate in Cleveland.

While Trump's high poll numbers landed him the top slot -- and a center-stage position -- at the Fox News debate, the lead-off showdown carries high risk and reward for the billionaire businessman.

Trump has by most accounts done a masterful job dominating media coverage over the last several weeks, and flipping the script on pundits who predicted his incendiary remarks -- about illegal immigrants, about Sen. John McCain -- would torpedo his bid.

But he's never been on the debate stage.

"My sort of my whole life has been a debate, but I have never debated before," he told Fox News' Bill O'Reilly.

In the run-up to the debate, Trump is trying to play that factor as an asset and part of his appeal as an outsider.

"These politicians, all they do is debate," he told Fox News, saying he's "not really" rehearsing.

"I think you have to be yourself," Trump said.

While the unscripted approach may work for Trump, the other candidates reportedly are preparing intensely, in a bid to prevent the forum from becoming the Trump show and capture some momentum from him.

Republican strategist Ron Bonjean said Trump's past positions -- once describing himself as pro-choice, donating to the Clinton Foundation and other actions -- indeed provide an opening to his primary opponents.

"The other Republicans on stage have an opportunity to challenge his conservative credentials," Bonjean told FoxNews.com's "Strategy Room."

There will be two debates on Thursday. The debates, hosted by Fox News and Facebook in conjunction with the Ohio Republican Party, will be held at the Quicken Loans Arena in Cleveland, Ohio.

Kasich, who leads the state where the debate is being held, said in a statement, "As governor, I am glad to welcome my fellow debate participants to our great state and I look forward to discussing the issues facing our country with them on Thursday."

Huckabee, speaking with Fox News, said it'll be important to prepare -- brush up on "the numbers, the figures" -- but also to "be authentic."

"I'm not going to spend all day Thursday, you know, focused on the materials. I am going to go to the Rock and Roll Hall of Fame, I'm going to keep my mind free and loose," Huckabee said.

Texas Sen. Ted Cruz rapped any candidates running toward "the mushy middle" and gave a preview of his approach Thursday.

"Every time we run as Democrat light, we lose. I'm convinced 2016 is going to be an election very much like 1980 and that we are going to win by following Reagan's dictum of painting in bold colors and not pale pastels," he said.

While Cruz has been one of the few Republican candidates not tangling publicly with Trump, the senator denied that he and Trump struck any deal to lay off each other. Cruz, though, said other candidates are "frightened" by what Trump is saying.

"Not only have I refused to [attack him] but I have commended Donald for having the courage to speak out and in particular to shine the light on the problem of illegal immigration," he said.