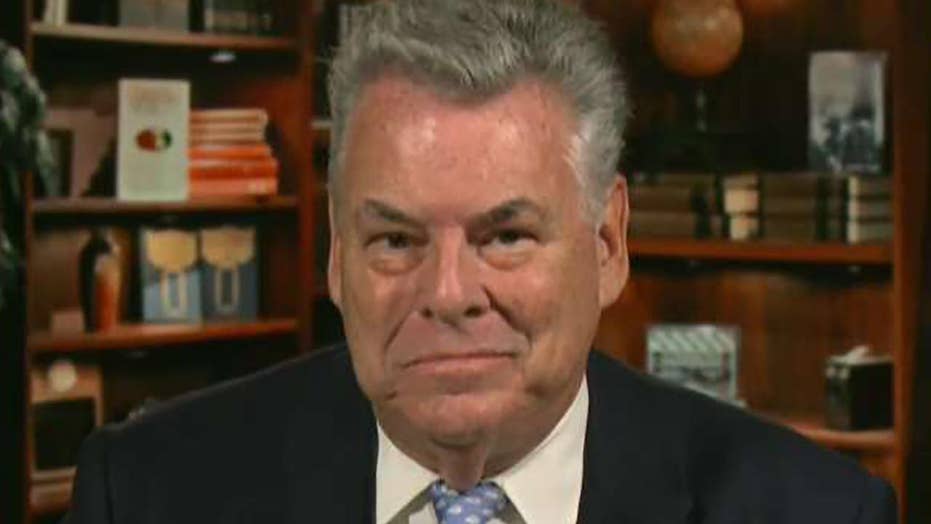 New York congressman speaks out about how the legislation would impact his state.

As House Republicans steadfastly promise a final vote on tax reform by the end of November, the Senate on Monday begins a critical step in the effort to pass its tax bill, the so-called “mark-up” session in the chamber’s Finance Committee -- where members will dissect the bill line by line to get a version that can pass by a simple, 51-vote majority.

Congressional Republicans want a final vote on their tax bill by Thanksgiving, with the Senate to follow in about a week, which would result in House and Senate negotiators agreeing to a compromise plan for a final vote before Christmas.

“I think it’s going to pass this week, and I’d support,” Rep. Jim Jordan, an Ohio Republican and member of the House Freedom Caucus, told Fox News on Monday. “That’s the goal. That’s what the [House] speaker has indicated. Who knows what happens in the United States Senate?”

House Speaker Paul Ryan, R-Wis., recently said the GOP-controlled chambers have been working closely to ensure the separate bills are compatible enough to be combined and sent to President Trump’s desk for approval before the end of the year.

However, a few major differences have emerged -- particularly whether the Senate version will delay a corporate tax cut for one year.

Otherwise, the chamber’s version will likely increase the federal deficit beyond 10 years, which would force Senate Republicans to get 60 votes for passage with just 52 members. Congressional Democrats have so far not supported either chamber’s bill.

The other major issue: The Senate bill appears to eliminate all state and local tax deductions. The House version keeps some of the deductions, essentially for voters in high-tax states like California, New Jersey and New York. All of the Congress members in those states face re-election next year.

While Ryan has at least tentative support from the fiscally conservative Freedom Caucus, holdouts from those states could create problems.

“Right now, I’m definitely voting no,” New York GOP Rep. Peter King, told Fox News’ “Sunday Morning Futures.” “This is going to have a devastating impact on areas like mine in Long Island.”

The roughly 38-member Freedom Caucus has over the recent years opposed an ObamaCare repeal effort, a debt-ceiling increase and other House leadership initiatives.

However, Jordan suggested to Fox on Monday that bill will have Freedom Caucus support if the final version includes cut taxes, simplifying the tax code and sparking economic growth.

“If the answer to all of them is yes, then I’m for it,” said Jordan, who nevertheless remains wary of the Senate, which this past summer failed to follow the House in passing an ObamaCare repeal-and-replace bill.

The Senate’s failure denied Trump his first legislative victory, which has made him even more ambitious toward getting a tax-reform bill on his desk for signature.

“I am proud of the Rep. House & Senate for working so hard on cutting taxes {& reform.} We’re getting close!” he tweeted Monday from his five-nation Asian tour.

The tweet also included a nudge for Congress to repeal the so-called individual mandate in ObamaCare, a move that could save the federal government billions.

The House version did not include an appeal amendment, though it could be included in the Senate version to help it from breaking the deficit threshold.

“Now, how about ending the unfair & highly unpopular Indiv Mandate in OCare & reducing taxes even further? Cut top rate to 35% w/all of the rest going to middle income cuts?” Trump also said in the tweet Monday.