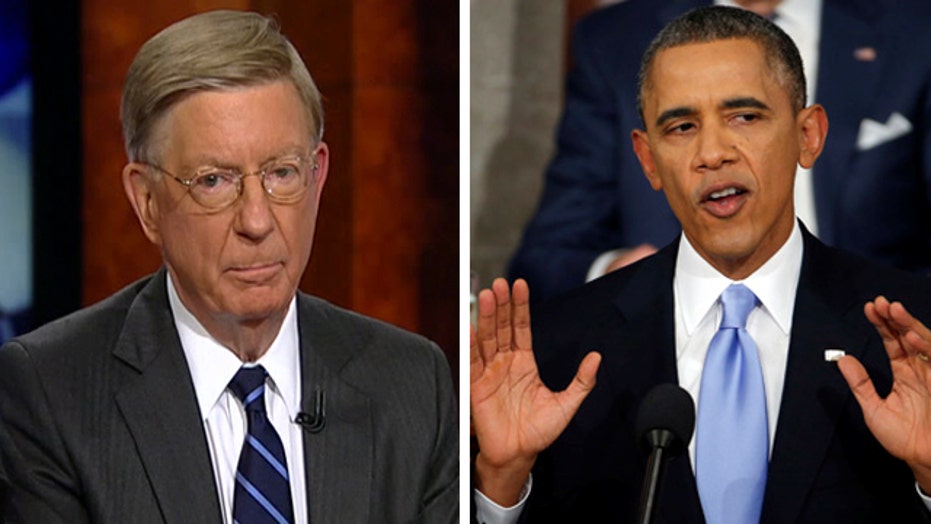 Will: President Obama can expect “big push back”

Will: President Obama can expect “big push back” on foreign policy following State of the Union

George Will told viewers on “Special Report with Bret Baier” Tuesday that “because the president has been so aggressive in asserting his power in domestic policy, making unilateral changes on the Affordable Care Act and on immigration, he's now going to get a big push back, I think in regard to foreign policy” following this year’s State of the Union Address.

Will, a syndicated columnist and Fox News contributor said that because of what some in Congress consider executive overreach on domestic issues, President Obama may find unusual opposition on foreign policy where “presidential power is normally considered at its apogee and presidential discretion is most forgivable and tolerated.

“That is, with regard to Iran and the question of sanctions, the Congress is clearly going to assert itself, to his discomfort, and with regard to Cuba, the same thing, because people are convinced the president asked for nothing and got nothing in return for extending US relaxation of our relations with them," Will said. "So you have a paradox, where the president should be most powerful he's going to find himself under considerable fire.”