The White House on Tuesday said that "limited" additional wall construction has been funded, despite an overall pause in construction -- after a report that the head of the Department of Homeland Security (DHS) had said "gaps" in the wall could still be filled.

"Wall construction remains paused to the extent permitted by law. So some has already been funded through congressional authorization and funding allocation," White House press secretary Jen Psaki said Tuesday.

Psaki was asked about a Washington Times report that DHS Secretary Alejandro Mayorkas told Immigration and Customs Enforcement (ICE) employees that while money for the wall had been stopped, it "leaves room to make decisions" on finishing "gaps in the wall."

"The president has communicated quite clearly his decision that the emergency that triggered the devotion of DOD funds to the construction of the border wall is ended. But that leaves room to make decisions as the administration, as part of the administration, in particular areas of the wall that need renovation, particular projects that need to be finished," he reportedly said.

DHS did not respond to a Fox News request for comment.

Biden issued an executive order during his first week in office that halted the construction of the wall that began during the Trump administration -- and he had promised to end.

"Like every nation, the United States has a right and a duty to secure its borders and protect its people against threats. But building a massive wall that spans the entire southern border is not a serious policy solution," Biden said at the time. "It is a waste of money that diverts attention from genuine threats to our homeland security." 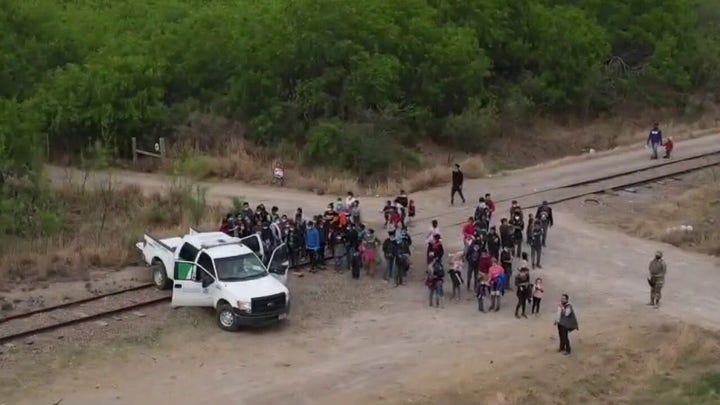 Customs and Border Protection (CBP) later confirmed that wall construction had been suspended. Biden had also ordered assessments of the legality of funding, contracting methods and consequences of stopping the project.

Psaki said Tuesday that federal agencies are "continuing to review wall contracts and develop a plan to submit to the president soon."

"It is paused," she said. "There is some limited construction that has been funded and allocated for, but it is otherwise paused."

Approximately 450 miles of wall was constructed under the Trump administration, with officials saying about another 350 was funded.

Fox News recently reported how migrants are exploiting holes in the wall to gain access to the interior of the U.S.

"It’s insane," one agent in California told Fox News. "The project is ¾ done. At least, they should be allowed to tie together the primary fence. Otherwise, we’re trying to catch these people in the worst possible place. It’s just sucking our manpower."