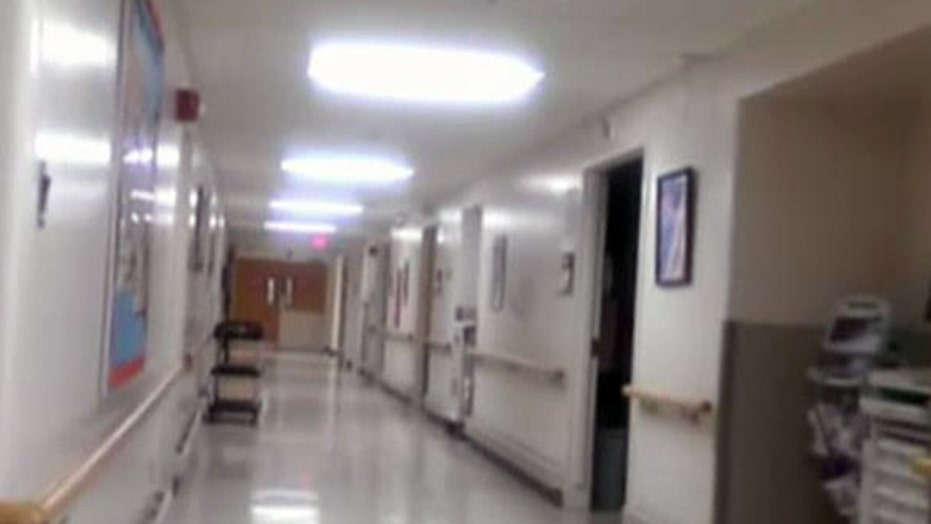 Pete Hegseth sounds off about the sickening display

Video footage allegedly showing veterans -- many of whom are quadriplegics or paraplegics -- being left unattended at a Memphis Veterans Affairs hospital during staff meetings is reviving concerns about how VA hospitals treat American servicemembers.

The videos, first reported by Communities Digital News (CDN) and said to be filmed at the Memphis VA Medical Center, show patients being left alone for about 30-45 minutes each evening during a staff meeting attended by all hospital staff, whistleblower and former Memphis VA employee Sean Higgins told FoxNews.com.

Higgins said the videos, filmed by a close friend of his, show a breach of hospital policy, which dictates that even during meetings, there should be a nurse at the nurse’s station. He said the videos all show the spinal injury ward, which contains quadriplegics and paraplegics.

“If there was an emergency, we’re screwed,” the unnamed patient filming the video says, as he films various empty hospital corridors.

Another video also shows the ward during a staff meeting, apparently empty, with the patient saying: “Once again, we’re left to the wolves.”

Another video appears to show a nurse in a spinal injury ward not wearing the appropriate gown or gloves while treating a patient.

"You have a video there of a nurse in an isolation word, she’s feeding him and she takes a bite out of that cake," Higgins said. "As hospital policy, if his food was too hot she's not even allowed to blow on it."

The VA has been trying to overhaul its treatment of claims and patients after last year's scandal over patient wait-times. The VA said Monday it has cut down its disability claims long-term backlog to under 100,000 -- from over 600,000.

But complaints keep surfacing at the local level.

"The fact that they're videotaping this is indicative of clearly they don't have a good relationship with the staff," Pete Hegseth, of Concerned Veterans for America, told Fox News regarding the videos. "The Memphis hospital has been cited for some of the longest wait times, poor care, and yet administrators have continued to receive bonuses."

The videos, filmed in July of this year, did not come as a surprise to Higgins. He claimed that after the videos were uploaded to YouTube, a hospital official went to the patient's bedside, accompanied by police, and told the veteran it’s against policy to film in the hospital.

“She was more concerned that the guy violated hospital policy, than what he was filming,” Higgins said.

The Memphis VA did not respond to FoxNews.com's request for comment. A spokesperson for the Department of Veterans Affairs defended the hospital's policies:

“Caring for our Veterans is our highest priority. Often times when staff are working at the bedside with patients, it might appear that no one is at the nurses’ station.  We have technology in all patient wards in the spinal cord injury unit, which includes the assistive call button at the bedside for patient use to alert staff if the need for assistance arises. Activating the call button triggers a sound alert throughout the spinal cord unit and a light over the patient’s doorway. Nursing staff in rooms caring for patients are nearby and are able to respond to calls for assistance.  At no time should our Veterans be left unattended or without access to trained medical staff.”

Higgins is a well-known whistleblower and has been involved in exposing a number of alleged problems within the Memphis VA center. In 2014, he met with VA Secretary Robert McDonald and discussed the problems and scandals plaguing the VA, MyFoxMemphis reported.

“I don’t do it for notoriety,” Higgins told FoxNews.com. “I’m a veteran, that could be me one day.”