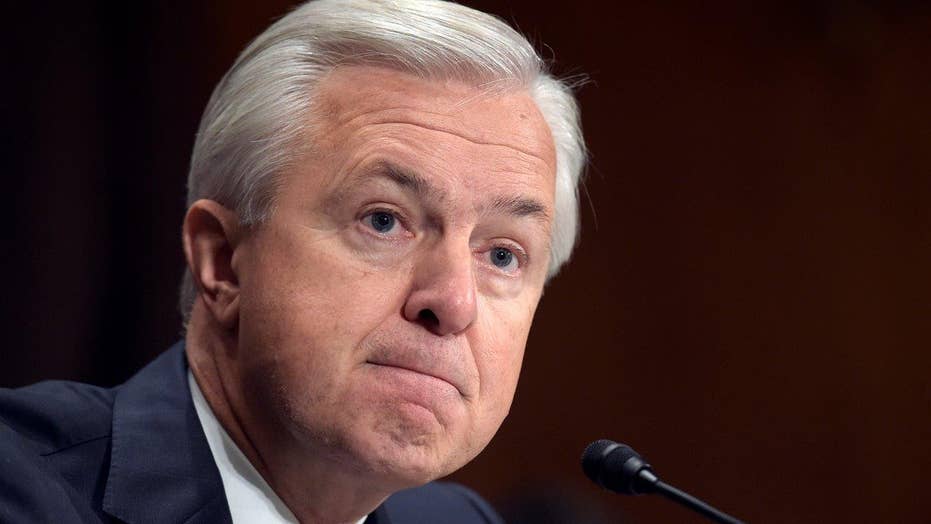 Wells Fargo CEO John Stumpf apologized on Capitol Hill Tuesday for his bank’s high-profile scandal that allegedly involved workers opening unauthorized accounts -- but faced tough questions from senators, one of whom called for his resignation and said he should be criminally investigated.

“I do accept responsibility and I am sorry,” Stumpf told the Senate Banking Committee.

Strumpf was in the hot seat over revelations that Wells Fargo secretly opened more than 2 million accounts without customers’ permission, as part of an apparent effort to exceed sales goals. Earlier this month, Wells Fargo agreed to pay a $185 million penalty as part of a civil settlement.

“Wrongful sales practice behavior in our retail banking business ... runs counter to our vision of helping our customers succeed financially and it is not representative of Wells Fargo as an institution,” Stumpf said.

Stumpf said the bank recognizes now that “we should have done more sooner” to stop unethical actions. The bank took steps to address such behavior over the years, “but we now know those steps were not enough,” he said.

But the apology wasn't enough for lawmakers like Sen. Elizabeth Warren, D-Mass.

“Have you returned one nickel to customers?” she repeatedly asked Stumpf.

Warren also called for him to resign and said he should be criminally investigated.

"You squeezed your employees to the breaking point so they would cheat customers," she said. "You should resign. You should give back the money you took while the scam was going on."

The Massachusetts Democrat, one of the fiercest critics of Wall Street, also advocated for a criminal investigation by the Justice Department and securities regulators.

Stumpf, a 34-year veteran of Wells Fargo and CEO since 2007, earned $19.3 million last year. The bank does have in place provisions its board could implement to claim back executive compensation.

"If there were ever a textbook case where consumers needed protecting, this was it," Shelby said.

As part of the sharp questioning, Stumpf was pressed on whether Wells Fargo employees committed fraud, and Sen. Bob Corker of Tennessee said it would be "malpractice" if the bank doesn't institute compensation clawbacks.

The bank has in place clawback provisions that the board could implement. Stumpf said during the hearing that the company's board "has the tools to hold senior leadership accountable," including himself and Carrie Tolstedt, the former head of the retail banking business.

Tolstedt announced in July her retirement from the bank. Tolstedt is expected to leave with as much as $125 million in salary, stock options and other compensation.

Wells Fargo has long been known for its aggressive sales goals, but the details and the $185 million fine that regulators imposed last week have singed the consumer banking giant's reputation as a well-run, tightly managed company removed from the reckless conduct on Wall Street that stoked the financial crisis.

In announcing the fine, regulators said Wells Fargo sales employees opened more than 2 million bank and credit card accounts that may not have been authorized by customers. Money in customers' accounts was said to have been moved to these new accounts without their permission. Debit cards were issued and activated, as well as PINs created, without telling customers. In some cases, bank employees even created fake email addresses to sign up customers for online banking services, the regulators said.

The bank sales staff had a goal of getting each customer to have eight different accounts with the bank -- up from the prevailing average of six.

Under the settlement, Wells Fargo neither admitted nor denied the allegations. It later said it plans to eliminate the sales targets by Jan. 1. Some 5,300 Wells Fargo employees have been fired.

Stumpf offered some detail at the hearing about who was fired, saying "bankers, bank managers, managers of managers, and even an area president." Their salaries ranged in pay from about $35,000 to $65,000.

The panel also planned to question regulators from the Consumer Financial Protection Bureau, the Treasury Department's Office of the Controller of the Currency and the Los Angeles City Attorney's Office. 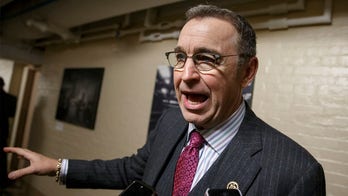 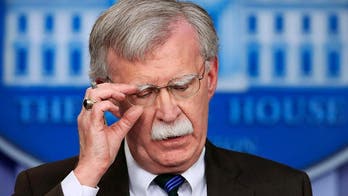