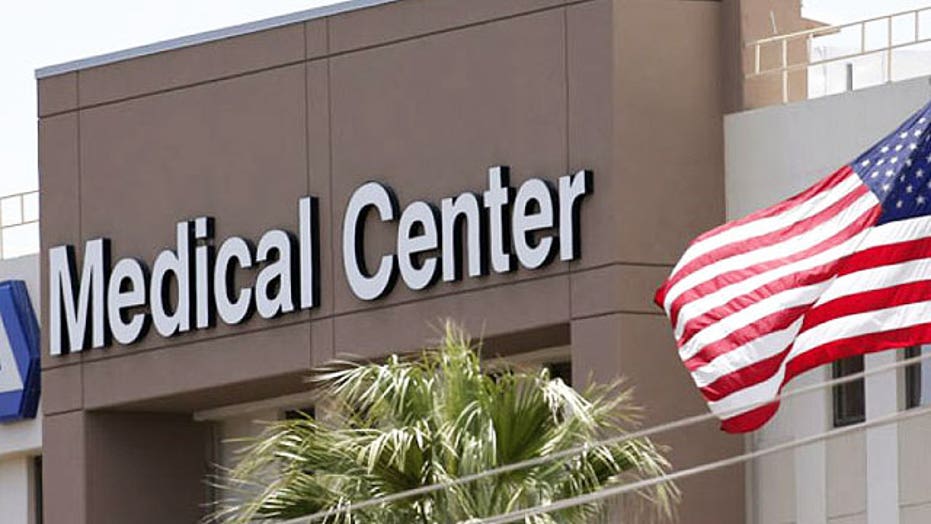 WASHINGTON – Government investigators found no proof that delays in care caused veterans to die at a Phoenix VA hospital, but they found plenty of problems that the Veterans Affairs Department is promising to fix.

Investigators uncovered large-scale improprieties in the way VA hospitals and clinics across the nation have been scheduling veterans for appointments, according to a report released Tuesday by the VA's Office of Inspector General.

The report said workers falsified waitlists while their supervisors looked the other way or even directed it, resulting in chronic delays for veterans seeking care.

"Inappropriate scheduling practices are a nationwide systemic problem," said the report by Richard Griffin, the VA's acting inspector general. "These practices became systemic because (the Veterans Health Administration) did not hold senior headquarters and facility leadership responsible and accountable."

The report could deflate an explosive allegation that helped launch the scandal in the spring: that as many as 40 veterans died while awaiting care at the Phoenix VA hospital. Investigators identified 40 patients who died while awaiting appointments in Phoenix, the report said, but added: "While the case reviews in this report document poor quality of care, we are unable to conclusively assert that the absence of timely quality care caused the deaths of these veterans."

"I'm glad that veterans didn't die because of delays in care, or at least they weren't able to conclude that they did," Deputy VA Secretary Sloan Gibson said in an interview. "But the fundamental issue is, veterans are waiting too long, and that's the problem we've got to face."

In a memo responding to the report, VA Secretary Robert McDonald apologized to veterans and pledged to implement the 24 recommendations in the inspector general's report.

"We sincerely apologize to all veterans and we will continue to listen to veterans, their families, veterans service organizations and our VA employees to improve access to the care and benefits veterans earned an deserve," said McDonald's memo, which was also signed by Carolyn Clancy, VA undersecretary for health.

"What happened in Phoenix is inexcusable and must never happen again in any VA facility," said the Vermont independent. "The people who lied or manipulated data at Phoenix and elsewhere must be held accountable."

In April, Dr. Samuel Foote, who had worked for the Phoenix VA for more than 20 years before retiring in December, told Congress that up to 40 patients died while awaiting care at the hospital. Foote accused Arizona VA leaders of collecting bonuses for reducing patient wait times. But, he said, the purported successes resulted from data manipulation rather than improved service for veterans.

The allegations rocked the agency. Eric Shinseki resigned as VA secretary. In July, Congress approved spending an additional $16 billion to help shore up the system.

On Tuesday, Foote issued a statement questioning the inspector general's inability to "conclusively assert" that veterans died because of delays in care.

"What charts did they look at? How many did they look at? And what kind of standard is" conclusively assert? Foote said. "Without question, their statement was worded such that the reader will assume that no harm came to the patient due to the delay in care. That is unlikely to be true."

The inspector general runs an independent office within the VA. The investigation was done by a team of physicians, special agents, auditors and health inspectors, who reviewed VA medical records and outside medical records for patients who died while waiting for care, the report said. They also reviewed more 1 million emails and 190,000 computer files.

"This report cannot capture the personal disappointment, frustration and loss of faith of individual veterans and their family members with a health care system that often could not respond to their mental and physical health needs in a timely manner," the report said. "Immediate and substantive changes are needed."

The VA has said it was firing three executives of the Phoenix VA hospital. The agency has also said it planned to fire two supervisors and discipline four other employees in Colorado and Wyoming accused of falsifying health care data.

Gibson said he expected the list of disciplined employees to grow.

"The fundamental point here is, we are taking bold and decisive action to fix these problems because it's unacceptable," Gibson said. "We owe veterans, we owe the American people, an apology. We've delivered that apology. We'll keep delivering that apology for our failure to meet their expectations for timely and effective health care."

To help reduce backlogs, the VA is sending more veterans to private doctors for care.

Congress approved $10 billion in emergency spending over three years to pay private doctors and other health professionals to care for veterans who can't get timely appointments at VA medical facilities, or who live more than 40 miles from one.

The new law includes $5 billion for hiring more VA doctors, nurses and other medical staff and $1.3 billion to open 27 new VA clinics across the country.

The legislation also makes it easier to fire hospital administrators and senior VA executives for negligence or poor performance.