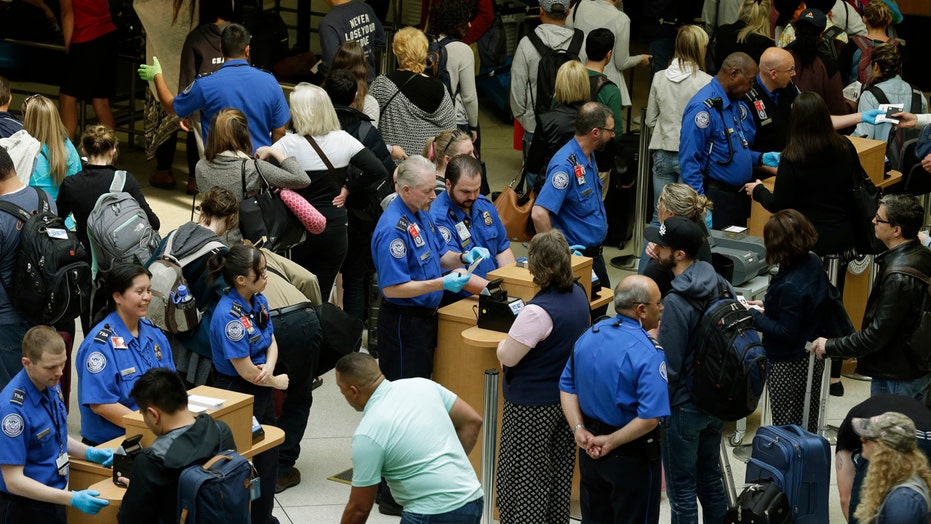 More than a dozen countries participating in a program that allows visitors into the U.S. without a visa are not sharing terrorists’ identities and other vital information as required by law, according to a watchdog report raising concerns on Capitol Hill about yet another major security gap.

“This is very dangerous because for the most part, these are allies, some of which have pockets of Islamic radicalism,” Rep. Ron DeSantis, R-Fla., chairman of the House national security subcommittee, told FoxNews.com.

The Visa Waiver Program lets business travelers and tourists with passports from 38 countries fill out a basic online form to enter the U.S. The biographical questionnaire can be filled out at the airport.

Last year, Congress tightened measures requiring those countries to supply identities of suspected terrorists and the criminal history of those wishing to enter the U.S. Theoretically, the information is then heaved into law enforcement databases to be checked when travelers apply for a visa or waiver.

Yet the Government Accountability Office found “more than a third of VWP countries are not sharing terrorist identity information” or criminal history. The report says: “While VWP countries may share information through other means, U.S. agency officials told GAO that information sharing through the agreements is essential for national security.”

While the list of specific countries in non-compliance is classified, the proliferation of radical ideology has shown the terror threat can emanate from just about anywhere. According to a House Homeland Security Committee report, three of the top 10 countries supplying the Islamic State with people are VWP countries.

“The problem is Islamic Jihad is not confined to the Middle East but is throughout Europe including in those countries participating in the program,” DeSantis said.

Gaps in information-sharing emerged in the wake of last year’s Paris attacks, in which the attackers were known to French intelligence yet not on U.S. watch lists. The Orlando terror attack, while committed by a U.S. citizen, has only heightened concerns about who is traveling to and from the U.S.

The VWP program, established in 1986, allows nationals of certain countries to enter the U.S. as temporary visitors for up to 90 days without having to obtain a visa and thus undergo an in-person interview at a U.S. consulate. The United Kingdom, Germany, Sweden, Spain and France are among the countries participating.

Two areas of concern are: citizens of VWP countries who originate from terror-tied regions and those who have become radicalized in VWP countries.

Belgian citizens from neighborhoods associated with radicalization, for instance, can travel freely under the waiver program. And while the recently passed law technically prevented foreign nationals who have traveled to Syria, Iraq, Iran, Libya and other countries of concern from using the program, the Obama administration in January announced it would let certain individuals who have traveled to those countries utilize the VWP.

Another concern is that hundreds of thousands of foreign nationals from VWP countries have overstayed their visas after entering the U.S.

In its report, the GAO also found the Department of Homeland Security “did not institute timeframes for the new requirement” and was “five or more months passed statutory deadlines on Congressional reports.”

While DHS concurred with the findings in the report, the agency said each country in the program “has different capabilities and priorities and anticipates the timeline will vary by country.” The estimated completion date is September 2016.

A DHS spokesman, in a statement to Fox News, also noted that the U.S. is still getting data from partner countries:

"The Department of Homeland Security is committed to ensuring that the Visa Waiver Program (VWP) continues to promote secure, lawful trade and travel with our best foreign allies. ... All 38 VWP countries share information with the United States that enhances our ability to detect and prevent terrorists or criminals from entering the country. The agreements referenced in the GAO report are designed to supplement pre-existing channels."

But the net result of the delays is a gaping hole in national security, according to Center for Immigration Studies Director of Policy Studies Jessica Vaughan.

“The administration has been saying Americans are more secure because of information sharing, but the program is worthless if it’s not being implemented,” Vaughan told FoxNews.com. “The deception exposes us in a way which is very dangerous.”

The threat of terrorists exploiting the VWP is nothing new. Noted cases include those involved in the 1993 World Trade Center bombing as well as the would-be 20th hijacker on 9/11 and attempted shoe bomber Richard Reid.

According to 9/11 final report, “for terrorists, travel documents are as important as weapons.”