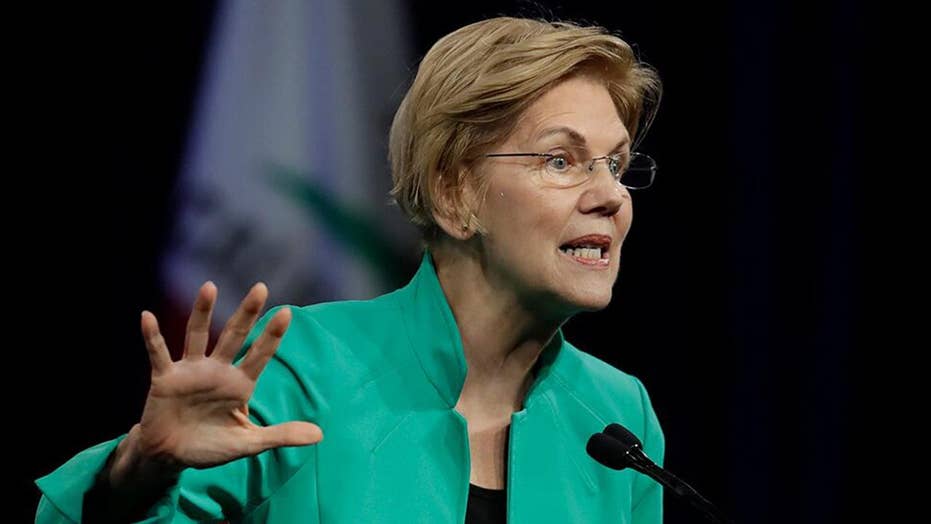 Democratic presidential candidate Elizabeth Warren defended her "Medicare-for-all" proposal Friday in the face of deep bipartisan skepticism, after her campaign released a detailed plan that claimed middle-class taxes would not have to rise in order to pay for the nearly $52 trillion plan.

That plan includes roughly $20 trillion in new federal spending over the next decade but claims the money can come largely from taxes on employers, financial transactions, the ultra-wealthy and large corporations.

“It’s all fully paid for by asking the top 1 percent and giant corporations to pay a fair share,” Warren told reporters while campaigning in Des Moines, Iowa, on Friday. “I believe in an America where we can have a government that isn’t just working better and better for those at the top, but a government that’s working for all of us. And 'Medicare-for-all' is a part of that.”

HOW BIG IS $52 TRILLION? PUTTING WARREN’S 'MEDICARE-FOR-ALL' PLAN IN PERSPECTIVE

Fox News on Friday first published details of the Warren campaign’s health care plan. The campaign insists it would not lead to higher taxes for middle-class families, but rather would be funded through a host of new tax increases.

But Democratic and Republican rivals pounced, expressing doubt over the math.

"The mathematical gymnastics in this plan are all geared towards hiding a simple truth from voters: it's impossible to pay for 'Medicare-for-All' without middle-class tax increases," Democratic presidential primary rival Joe Biden’s deputy campaign manager Kate Bedingfield said in a statement.

Biden himself slammed Warren’s numbers in a Friday interview with PBS. “She’s making it up,” he said.

Former Iowa Democratic Gov. Tom Vilsack said Friday Warren's increase in taxes on wealthy Americans to finance her health care proposal is unrealistic, saying, "One sliver of society isn't going to pay for the rest of us."

Vilsack, who has not endorsed a candidate, also says it's unlikely there will be sufficient support in the Senate to pass such a measure, even if Democrats take control of the GOP-controlled Senate after the 2020 elections.

Warren's campaign says they will pay for it, in part, by bringing in nearly $9 trillion in new Medicare taxes on employers over the next 10 years, arguing this would essentially replace what they’re already paying for employee health insurance. Further, Warren’s campaign says if they are at risk of falling short of the revenue target, they could impose a “Supplemental Employer Medicare Contribution” for big companies with “extremely high executive compensation and stock buyback rates.”

Whether some of those costs, however, still could be passed on to middle-class employees – as economists argue payroll tax costs often are – remains to be seen. As the Tax Policy Center has noted, it is assumed the "employee bears the burden of both the employer and employee portions of payroll taxes."