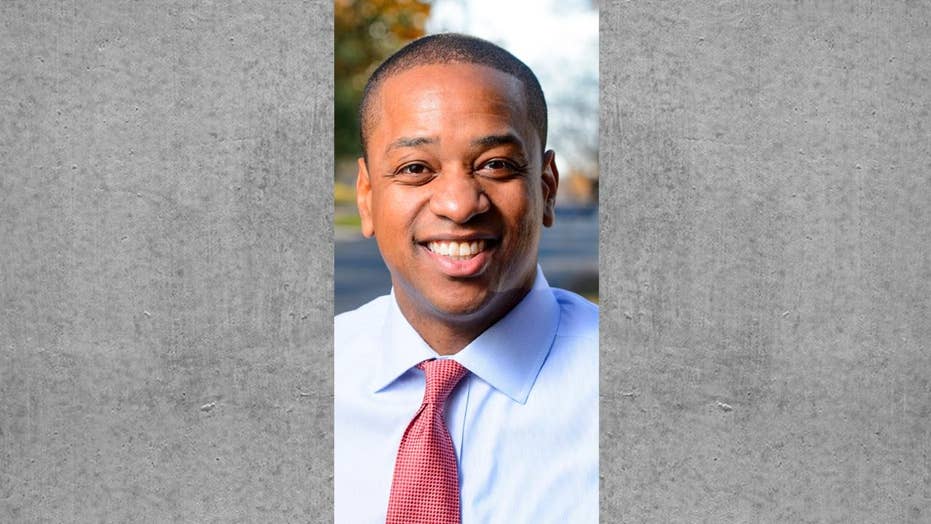 The woman accusing Virginia Lt. Gov. Justin Fairfax of sexual assault released a graphic statement Wednesday detailing her allegations for the first time, saying he forced her to perform oral sex back in 2004.

Dr. Vanessa C. Tyson, a professor at Scripps College in California, said the alleged encounter occurred in late July 2004, during the Democratic National Convention in Boston.

"With tremendous anguish, I am now sharing this information about my experience and setting the record straight. It has been extremely difficult to relive that traumatic experience from 2004. Mr. Fairfax has tried to brand me as a liar to a national audience, in service to his political ambitions, and has threatened litigation. Given his false assertions, I’m compelled to make clear what happened," she said in a statement.

The full statement was released by the law firm Katz, Marshall & Banks LLP on Wednesday. Fox News confirmed on Tuesday that Tyson had retained lawyer Debra Katz, one of the attorneys who represented Dr. Christine Blasey Ford when she accused now-Supreme Court Justice Brett Kavanaugh of sexually assaulting her while in high school.

Hours before the release, Fairfax put out his own updated statement, forcefully denying the allegations but saying that "while this allegation has been both surprising and hurtful, I also recognize that no one makes charges of this kind lightly, and I take it and this situation very seriously.”

Fairfax reiterated that he had a “consensual encounter with the woman who made the allegation” when he was an unmarried law student.

Fairfax added, “These are unprecedented and difficult times. We have the opportunity to prove ourselves worthy of the challenge and come together. I look forward to continuing my work to unify the Commonwealth.”

Tyson, however, said in her statement that the encounter was not consensual.

“I met Mr. Fairfax on July 26, 2004 when he and I were working at the convention,” she said. “We crossed paths occasionally during the first two days and our interactions were cordial, but not flirtatious.”

Tyson explained that on July 28, 2004, Fairfax invited her to accompany him on a “quick errand to retrieve documents from his room in a nearby hotel.”

“Given our interactions up to that time, I had no reason to feel threatened and agreed to walk with him to his hotel,” she said. “I stood in the entryway of the room and after he located the documents, he walked over and kissed me.”

Tyson said that while she was “surprised by his advance, it was not unwelcome,” and she “kissed him back,” but had “no intention of taking my clothes off or engaging in sexual activity.”

“What began as consensual kissing quickly turned into a sexual assault. Mr. Fairfax put his hand behind my neck and forcefully pushed my head towards his crotch,” she recalled. “Only then did I realize that he had unbuckled his belt, unzipped his pants, and taken out his penis. He then forced his penis into my mouth.”

“Utterly shocked and terrified, I tried to move my head away, but could not because his hand was holding down my neck and he was much stronger than me,” she said. “As I cried and gagged, Mr. Fairfax forced me to perform oral sex on him. I cannot believe, given my obvious distress, that Mr. Fairfax thought this forced sexual act was consensual.”

She added: “To be very clear, I did not want to engage in oral sex with Mr. Fairfax and I never gave him any form of consent. Quite the opposite. I consciously avoided Mr. Fairfax for the remainder of the Convention and I never spoke to him again.”

Tyson said that after the assault, she “suffered from both deep humiliation and shame,” and did not speak about the incident for years, noting that “like most survivors” she “suppressed those memories and emotions.”

“I have never wavered in my account because I am telling the truth,” she went on to say. “I have no political motive. I am a proud Democrat. My only motive in speaking now is to refute Mr. Fairfax’s falsehoods and aspersions of my character, and to provide what I believe is important information for Virginians to have as they make critical decisions that involve Mr. Fairfax.”

Tyson’s allegations against Fairfax come amid a political firestorm in Virginia that has intensified by the day. Over the weekend, photos of Democratic Gov. Ralph Northam surfaced from his medical school yearbook, showing someone in blackface next to a man wearing a Ku Klux Klan costume. Democrats and Republicans, alike, have called for Northam’s resignation, but the governor, at this point, has refused and now claims he was not in that photo.

Should Northam resign, Fairfax would be next in line to succeed him -- but the sexual-assault allegations have now put his political future in doubt.

Yet on Wednesday, Virginia's Attorney General Mark Herring, the next in the line of succession, was the subject of the latest bombshell. Herring posted a lengthy statement admitting he, too, donned blackface during a college party in 1980, saying he wore brown makeup and a wig to look like a black rapper during a party at the University of Virginia.

"This was a onetime occurrence and I accept full responsibility for my conduct," Herring said.