Rep.-elect Burgess Owens, a former Super Bowl champ who went broke after the NFL, comes to Congress with a nine-word message to inspire others: "If I can do it, you can do it."

Owens, 69, flipped Utah's 4th Congressional District for Republicans in one of the most competitive 2020 House races.

He's joining an incredibly diverse team of incoming freshmen that he compared to Super Bowl all-stars.

Together, the new GOP lawmakers will offer a proud, positive message of opportunity and second chances, in contrast to the Democrats' "dark" vision of America, he said.

“The team of Republican conservatives is all about hope, freedom, opportunity and looking at each from the inside out, and not the outside in," Owens told Fox News during a recent interview during congressional orientation. "The other side is all about divisiveness. It divides with color, with gender, with wealth."

Owens called out Democratic Party leaders, including the "elitist class" that lived the American dream but believes it's impossible for others to attain it.

"These guys live the life of luxury. The NAACP, the Black Caucus [and] Barack Obama. Many of them millionaires and then telling the rest of us how this country doesn't work," Owens said.

Owens, who earned a Super Bowl ring in 1981, moved his family from a Long Island home with a pool and luxury cars to a one-bedroom Brooklyn apartment after falling on hard financial times after his football career with the New York Jets and the Oakland Raiders.

Owens says the GOP offers an optimistic message for those grappling with failure, whereas the Democratic Party perpetuates victimhood.

"As someone who came out of the NFL and lost everything and was a chimney sweep for a few months, a security guard at night. If I can do it, you can do it," Owens said. "That's the difference in the conservative message and those who are in the socialists and Marxists area. They want to keep you hopeless, so they get the power, and they get the benefit of you not believing in yourself.”

Owens spoke at the 2020 Republican National Convention (RNC) in support of President Trump and touched on his family's roots in slavery.

His great-great-grandfather Silas Burgess came to America shackled in the belly of a slave ship, Owens said. He was sold on an auction block in Charleston, S.C., to the Burgess Plantation. A young Burgess managed to escape slavery through the Underground Rail and grew up to be a landowner and leader in his West Texas community, founding a Black church and elementary school.

WASHINGTON, DC - JUNE 19: Former NFL player Burgess Owens testifies during a hearing on slavery reparations held by the House Judiciary Subcommittee on the Constitution, Civil Rights and Civil Liberties on June 19, 2019 in Washington, DC. The subcommittee debated the H.R. 40 bill, which proposes a commission be formed to study and develop reparation proposals for African-Americans. (Photo by Zach Gibson/Getty Images)

Generations later, Burgess Owens was born in Columbus, Ohio and named for his first American ancestor. His father ended up in Ohio to get his Ph.D. from Ohio State in 1950 after being rejected from colleges in Texas because of his skin color. The family moved to Tallahassee, where his dad was a professor of agriculture at Florida A&M, a historically Black university.

Growing up in the days of Jim Crow and the Ku Klux Klan, Owens said he had no interaction with white Americans until he was 16 years old. Despite the segregation, Owens talks fondly of how his Black neighborhood in Tallahassee in the 1960s commanded respect by building a proud middle class and business community because of an entrepreneurial spirit. He links the decline of certain Black cities to Democratic leadership, lack of faith and Black men failing to "man up" and marry mothers of their children.

"When I was growing up, 70% believed and committed to family," Owens said. "We now have close to 80% believe it's no big deal to have kids and not take care of them."

TEXAS REP.-ELECT BETH VAN DUYNE SAYS OBAMACARE WAS ONE OF THE BIGGEST LIES' OF HISTORY

Owens' debut in Congress was in 2019, when he testified before a House committee against reparations for descendants of slaves. He said his ancestors would be ashamed about the prevalence of victimhood within their proud race.

"I'm so against anybody portraying that generation that did so much to raise such a great group of kids to be looked at as hopeless and hapless," Owens said. "They would be put down and disgusted to be looked at as oppressed when we were victors." 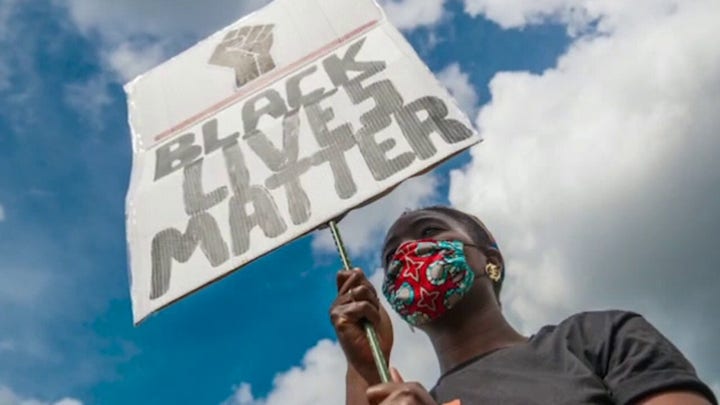 Owens feels no support for Black Lives Matter (BLM), the activist group that gained prominence this year in the wake of the death of George Floyd, a Black man who died on May 25 while in custody of Minneapolis police. Owens called out those who rioted and burned cities in the name of racial justice.

“Whether it be Antifa, a terrorist group, whether it be, BLM, a terrorist group, I tell you one thing they have in common with the KKK: They're cowards and bullies," Owens said. "They hide their face. They go out every single night. They do it in gangs. Their goal is to destroy things, to intimidate people, to hurt people and to do all the things that are totally against the American way." 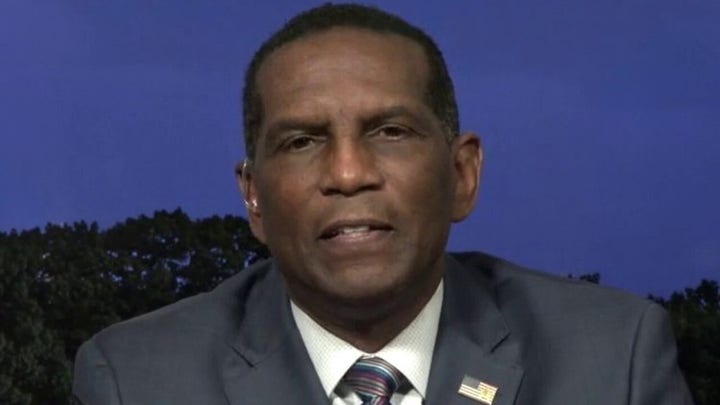 Owens mounted a comeback after the NFL as a corporate sales representative for about 25 years, first with WordPerfect and ending with Motorola, he said.

In recent years, Owens has been an outspoken critic of NFL players kneeling during the national anthem. He's written two books: "Why I Stand: From Freedom to the Killing Fields of Socialism" and "Liberalism or How to Turn Good Men into Whiners, Weenies and Wimps."

ILLINOIS REP.-ELECT MARIE NEWMAN REJECTS SOCIALISM TAG; TELLS GOP TO 'GET OVER IT'

Owens converted to The Church of Jesus Christ of Latter-day Saints in 1983 thanks to a relationship with a Mormon Raiders teammate.

He talks of faith as a unifying force to see past skin color.

"We become less racist the more faithful we are," Owens said.

Owens raised his children on the East Coast in the LDS faith and when it was time for college he encouraged all of them to at least start off in Utah to be with others with like-minded values.

His kids heeded the advice and stayed in Utah. In 2013, Owens moved there too and started a nonprofit to help incarcerated youth transition to post-release life.

Now all six of his children and 15 grandchildren reside in Utah's 4th Congressional District, which he will represent in Washington.

"There's no district in the history of mankind that is more important to me than District 4 at this point,” Owens said.