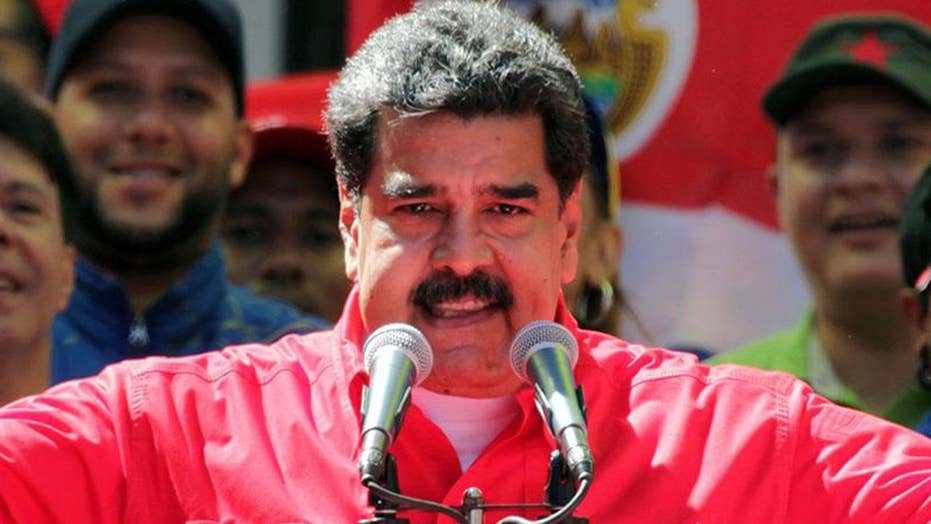 The remaining diplomatic staff at the American embassy in Venezuela will be withdrawn by the end of the week, the United States announced late Monday night, citing the ongoing and deteriorating political and humanitarian conditions in the South American nation.

"Like the January 24 decision to withdraw all dependents and reduce embassy staff to a minimum, this decision reflects the deteriorating situation in Venezuela as well as the conclusion that the presence of U.S. diplomatic staff at the embassy has become a constraint on U.S. policy," read a statement ontained by Fox News.

The U.S. has led an international effort to oust embattled socialist President Nicolas Maduro and replace him with the leader of the opposition-led National Assembly, Juan Guaido, who in January, declared the constitution granted him presidential powers.

Guaido, who has vowed to hold a new presidential election, is backed by some 50 countries, who support his claim as the legitimate leader of Venezuela.

Meanwhile, Maduro – with the backing of countries like Russia, China, and Cuba – has declared he is the target of a U.S.-backed coup.

All U.S. diplomats were ordered by the embattled president to leave Venezuela in late January in response to President Donald Trump’s support of Guaido. However, Maduro retreated his decision and allowed them to stay.

The U.S. still withdrew the dependents of embassy personnel as well as some of its staff.

The decision comes as Venezuela continues to grapple with a paralyzing power outage that began Thursday evening, leaving people with little power, water, and communications. 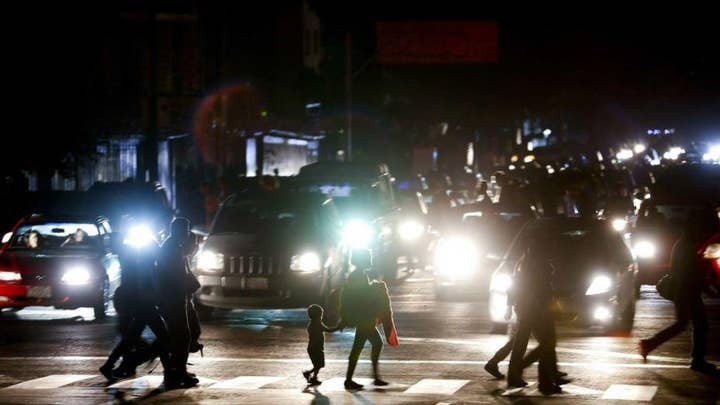 On Monday, schools and businesses were closed, long lines of cars waited at the few gasoline stations with electricity and hospitals cared for many patients without power. Generators have alleviated conditions for some of the critically ill.

Maduro said on a national television Monday night that progress had been made in restoring power in Venezuela. He said two people who were allegedly trying to sabotage power facilities were captured and were providing information to authorities, though he gave no details.

According to the Venezuelan Union of Journalists (SNTP), one of the detained was Caracas-based journalist Luis Carlos Diaz, who was reportedly taken into custody while on his way home.

This could not be independently confirmed.

Maduro has also claimed that the U.S. sabotaged the power grid with a “cyberattack,” claims that Guaido and the U.S. have said are an attempt to divert attention from the government’s own failings.

Engineers have restored power in some parts of Venezuela, but it often goes out again.

The U.S. on Monday also imposed sanctions on a Moscow-based bank jointly owned by Russian and Venezuelan state-owned companies, alleging it tried to circumvent U.S. sanctions on the South American country. The U.S. said it is targeting Evrofinance Mosnarbank for supporting Petroleos de Venezuela SA, the state oil company previously targeted by sanctions in January.